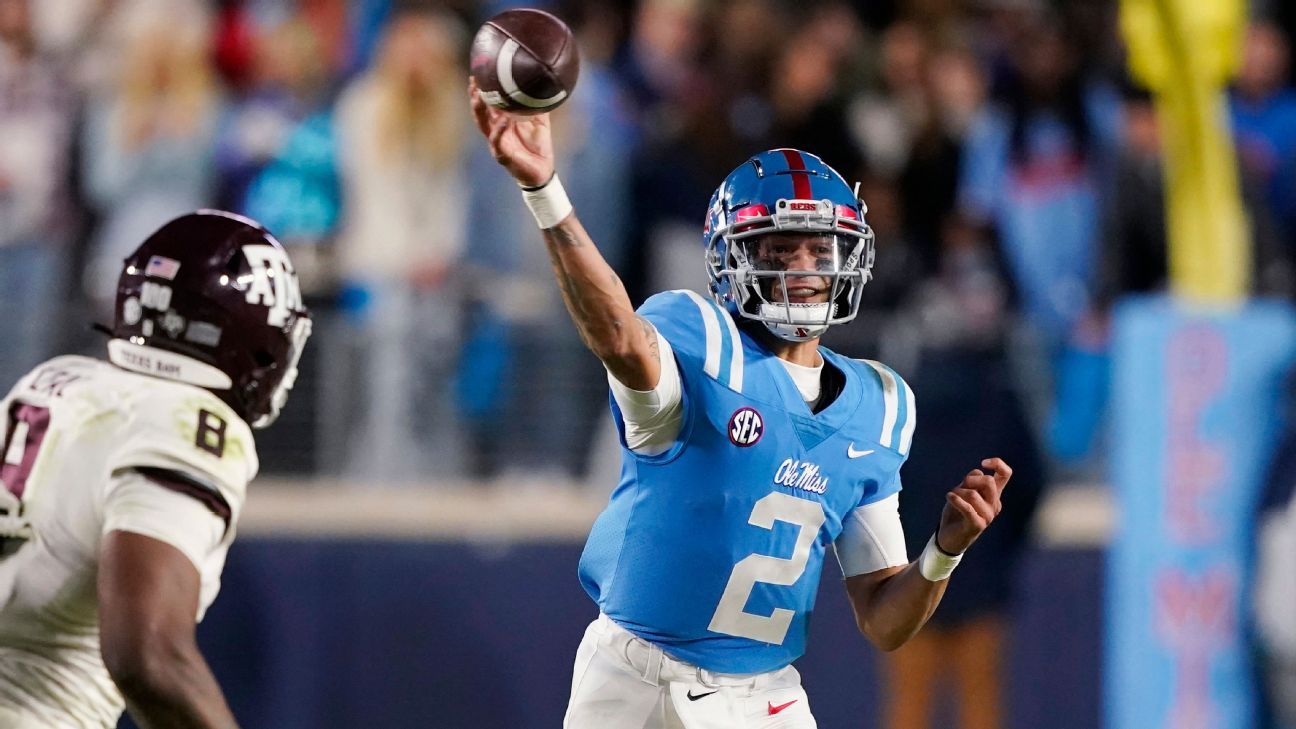 Baylor and Ole Miss took vastly different roads to meet in the Allstate Sugar Bowl. Ole Miss was a preseason darling, sporting a Heisman candidate in Matt Corral playing for the King of Twitter, Lane Kiffin. The Rebels finished as the third-best team in the SEC, and when Alabama and Georgia made the College Football Playoff field, the Rebels landed a choice spot in New Orleans.

Baylor, meanwhile, arrived to the 2021 season with a new offensive coordinator and a few other new assistant coaches after coach Dave Aranda shook up his staff after just one season and a 2-7 finish.

Their starting quarterback, Charlie Brewer, transferred to Utah then left the Utes as well. Their starting running back, Abram Smith, started four games at linebacker last year, averaging 11.5 tackles in those games, before rushing for 1,429 yards this year, helping Baylor lead the Big 12 in rushing yards. The Bears’ starting quarterback, Gerry Bohanon, got hurt and the backup quarterback, redshirt freshman Blake Shapen, completed his first 17 passes in the Big 12 title game against an outstanding Oklahoma State defense.

Somehow, someway, Aranda pieced everything together to finish 11-2 and win a conference championship in Year 2.

Aranda is the anti-Kiffin when it comes to public shows of emotion or a desire for attention. The offensive vs. defensive matchup and the contrast of styles makes for one of the most intriguing bowl games.

Key player for Baylor: Jalen Pitre plays all over the field as a hybrid defensive back/linebacker in Aranda’s defense, playing the Star position. Against an offense as dynamic as Kiffin’s, Pitre will be tasked with keeping tabs on Corral, the only quarterback in the country who has thrown for more than 3,000 yards while running for more than 500, including 11 TDs on the ground. Pitre, the Big 12’s defensive player of the year, has 70 tackles with 17.5 for loss this season.

Key player for Ole Miss: It’s tempting to single out left tackle Nick Broeker, but the key is the entire Ole Miss offensive line. They must protect Corral, who dealt with a nagging ankle injury for much of the second half of the season, and has been hit by the defense 195 times this season, which is the 13th most among FBS quarterbacks. Rest assured, Baylor is going to come after him. The Bears, who are balanced on defense with four players with four or more sacks, are tied for second in the Big 12 in sacks with 32.

Matchup to watch: Baylor running game vs. Ole Miss front seven. Make no mistake, the Rebels’ defense has improved dramatically from last season. But it’s still not great, especially against the run, where it ranked 101st in the FBS in rushing yards allowed per game (182.0). Against another Big 12 opponent, that might not be cause for concern. But Baylor isn’t your typical air-it-out Big 12 offense. The Bears, led by running backs Smith and Trestan Ebner, are physical up front and boast a running game that ranks 17th nationally in yards per game (214.7).

X factor: Last season, Elijah Moore and Kenny Yeboah opted out of the Outback Bowl to begin preparing for the NFL draft. Can Ole Miss avoid a similar result this time around? Remember, the Rebs’ offense has been dealing with injuries all season, especially at receiver where Jonathan Mingo and Braylon Sanders have missed time. Corral is the one to keep an eye on, though. After beating Mississippi State in the regular-season finale, he said of participating in a bowl game, “I’m healthy, I’m playing.” But Corral hasn’t been 100% healthy for a while. If he reaggravates his ankle injury, he might have to consider the risk to his status as a possible first-round pick.