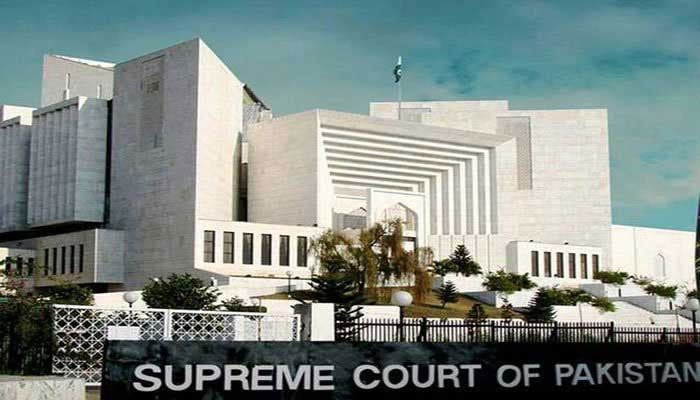 ISLAMABAD: The Supreme Court of Pakistan rejected on Friday the petitions against the dismissal of 16,000 government employees and ordered the reinstatement of the employees.

The appeals had sought to review the judgment striking down the Sacked Employees (Reinstatement) Ordinance Act, 2010.

Justice Umar Ata Bandial read the verdict on the review pleas filed by the government and sacked employees.

A detailed verdict will be issued later.

The verdict had been reserved in a hearing held on Thursday, The News reported.

During the Thursday hearing, the court observed that the instant matter would not be decided in light of the government’s proposal, but in accordance with the law and Constitution.

Justice Bandial remarked that though the instant matter related to the review, they were hearing it beyond the scope of review jurisdiction to ensure complete justice.

“The attorney general should establish that the accepted principles of Constitution and law would not be disturbed if the judgment was recalled,” he remarked, adding that it also be ensured that recruitment for the government posts would not be made through back doors.

AG Khalid Javed maintained if the accepted principles of the Constitution and law were affected, the review petitions might be dismissed. He, however, pleaded that the matter related to relieving a class, hence the court partially restore the Sacked Employees (Reinstatement) Ordinance Act, 2010.

He said that if the proposals of the government were not acceptable to the counsel for the petitioners, the court should decide the matter.

“But if the counsel for petitioners have objections, then we will take back the proposals,” he said. adding that if the court did not accept the review petitions, the proposals would remain intact.

“But still we request the court to accept the review petitions and announce the decision,” the AG pleaded.

“Mr Attorney General, keep in mind that the colour of the present case has changed and it has gone beyond the scope of review jurisdiction,” Justice Bandial remarked.

He said that though it was a review case, “we have started interpreting the law with new start”.

The judge further observed that lots of people have been affected in the employees’ case, but their obligation is to protect the law and Constitution, adding that there were some basic principles of recruitment for government posts and the government has to abide by these principles.

“Tests and interviews were mandatory for making the recruitments in transparent manner and court’s decisions were in field in this regard,” Justice Bandial told the AG, adding that the court had given several decisions regarding appointments on merit and in a transparent manner.

“We have sympathies for the sacked employees, but we have to go by law and constitution,” Justice Bandial remarked, adding that they had expected the AG for arguing on the Act on solid grounds.

“Today if you extensively argue on the Act on solid grounds and assist the court, then fine; otherwise, the court will announce its own decision and the decision will be in accordance with the law, Constitution and in the best interest of the public,” Justice Bandial told the AG.

The AG, however, submitted that the Parliament had debated the Sacked Employees (Reinstatement) Act 2010, hence the court should also look it with different viewpoint.

He submitted that nobody had challenged the recruitments made between 1993 and 1996 and it was not determined anywhere as to whether the recruitments were legal or illegal, adding that the employees were upgraded in the Reinstatement Act, hence the court while restoring the said Act should not give promotion to the employees in the next grade.

Justice Sajjad Ali Shah, however, observed that the organisations concerned could inform about the exact situation in this regard. The AG submitted that the Act was meant for relieving the employees as they were dismissed against the law.

Justice Bandial asked the AG if the employees were subjected to political victimisation, to which the AG read out the speech of Mian Raza Rabbani he had delivered on the floor of the Parliament, saying that the employees were sacked as they were appointed by Pakistan People’s Party.

Justice Mansoor Ali Shah asked the AG about those employees whose seniority was affected through the law.

At this, Mian Raza Rabbani, through a video-link from Karachi Registry, informed the court that those employees later on got seniority.