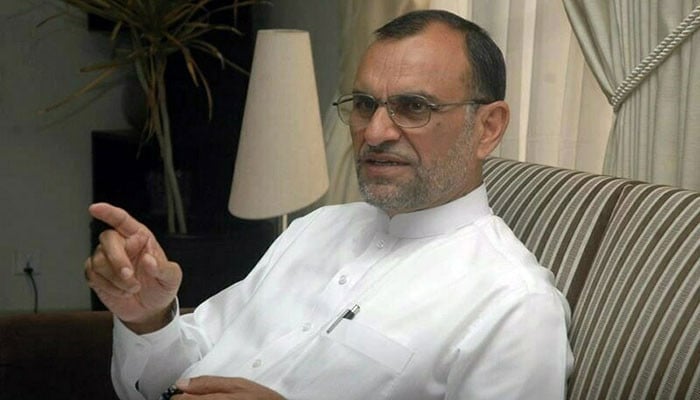 I apologise if I caused any grievance,” the apology said. At this, the Member Sindh asked where is Azam Swati himself? Barrister Ali Zafar responded that he had to go to Quetta. The Sindh member maintained that even at the last hearing, Swati had asked for exemption from attendance and wondered if Swati is fleeing from the case?Member Sindh said that Election Commission is doing its job honestly and all the institutions should respect each other. While neither accepting nor rejecting the apology, the ECP directed Swati to appear in-person before it on December 22. On the other hand, the Election Commission, while reserving the decision on Fawad’s written apology, said that it would issue appropriate order on the apology.

The Election Commission also heard the disqualification case of former Prime Minister Yousuf Raza Gilani in which Gilani and son Ali Haider Gilani had challenged the jurisdiction of the Election Commission through petitions seeking dismissal of the case. At this the Member Sindh,Nisar Durrani, said the case will never conclude if petitions keep coming.

Haider Ali Gilani’s lawyer argued that first the jurisdiction has to be decided then the central case may be decided. The petitioner, Alia Hamza’s lawyer said that his client’s petitions has not been answered yet.

On this, Member Balochistan directed both the parties to submit their replies after which they will hear the final arguments at the next hearing. Member Sindh Nisar Durrani said that you do not pursue the case yourself and the blame falls on the Election Commission. Later, the ECP adjourned further hearing of Yousuf Raza Gilani’s disqualification case till January 24.