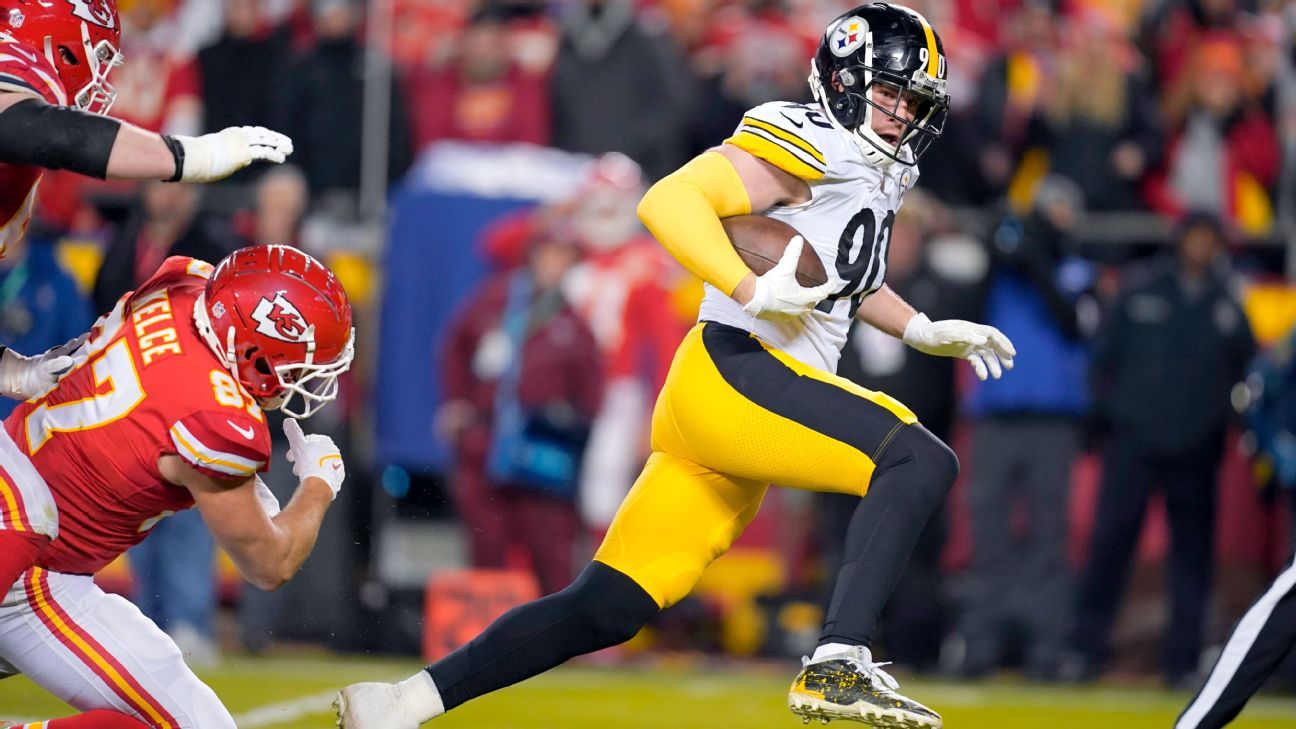 KANSAS CITY, Mo. — After grinding along in a punt exchange — a combined eight before five minutes were gone in the second quarter — the Pittsburgh Steelers got the defensive break they hoped for in Sunday’s wild-card game against the Kansas City Chiefs.

On a first-and-10 from the Kansas City 31-yard line with 10 minutes, 41 second remaining in the second quarter, the Chiefs snapped the ball to wide receiver Mecole Hardman, who fumbled the hand-off to running back Darrel Williams.

It gave the underdog Steelers an early 7-0 lead.

The Chiefs later responded when Patrick Mahomes flipped a pass to Jerick McKinnon, who scored from four yards out, and the game was tied 7-7.