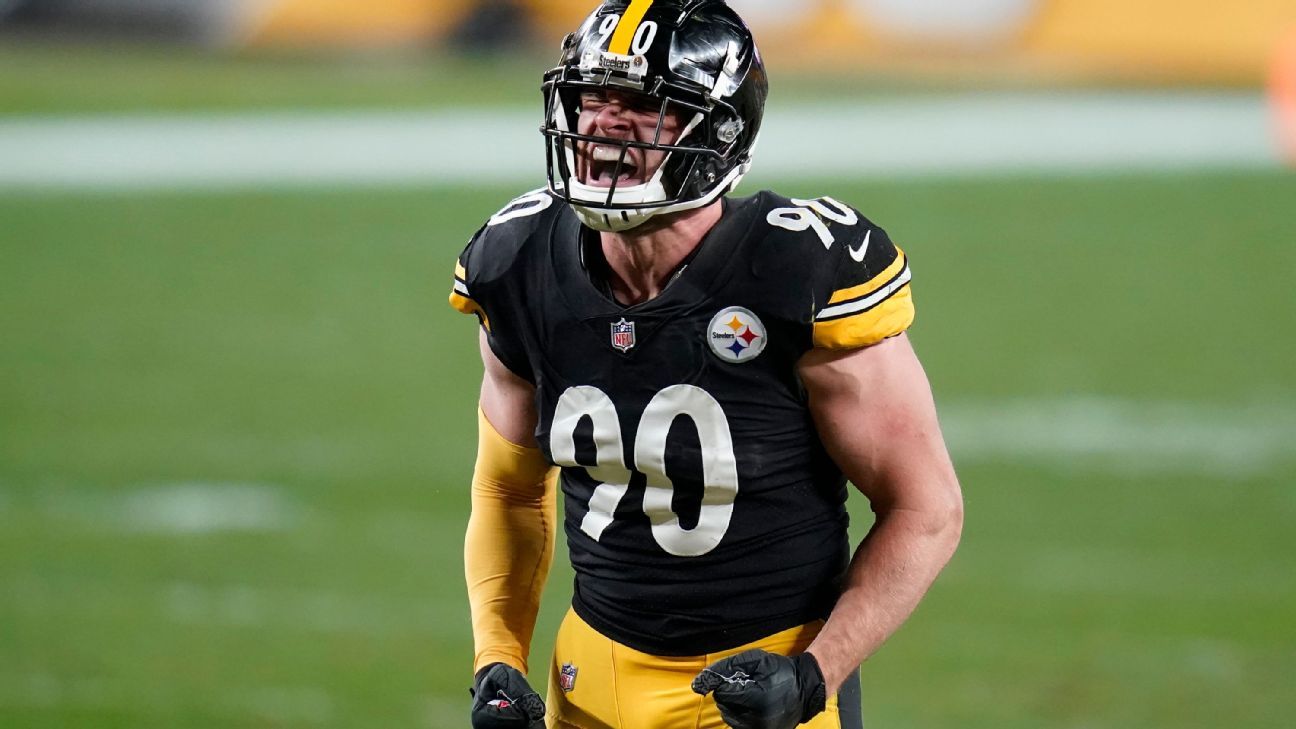 PITTSBURGH — The score wouldn’t necessarily suggest it, but Sunday was a record-setting day for the Pittsburgh Steelers.

Outside linebacker T.J. Watt set the Steelers’ franchise record for single-season sacks against the Tennessee Titans on Sunday afternoon, two decades after James Harrison set it against the same team.

Watt’s third-quarter sack of Ryan Tannehill gave him a league-leading 17 sacks this season, eclipsing Harrison’s 16-sack record set in 2008. With 66.5 career sacks, Watt has the third-most sacks by a player in his first five seasons since 1982. Only Reggie White (81) and Watt’s older brother, J.J. Watt (74.5), have more. T.J. Watt was back Sunday after missing a large part of the Dec. 9 loss to the Minnesota Vikings with a groin injury.

Earlier in the game, quarterback Ben Roethlisberger hit a milestone of his own. With a 3-yard pass to Najee Harris in the second quarter, Roethlisberger surpassed Philip Rivers for fifth on the NFL’s all-time passing yards list with 63,443 yards.

“It means I’ve played a long time,” Roethlisberger said earlier in the week about the prospect of passing Rivers. “Those are things you look back on and reflect on when you’re done. Anytime you get up there with — I’d even call him a legend, he’s in my draft class, but still a good football player and a legend. It’s cool, but we’ve just been playing a long time.”

The news was not all good for the Steelers, however. They lost tight end Pat Freiermuth to a concussion.