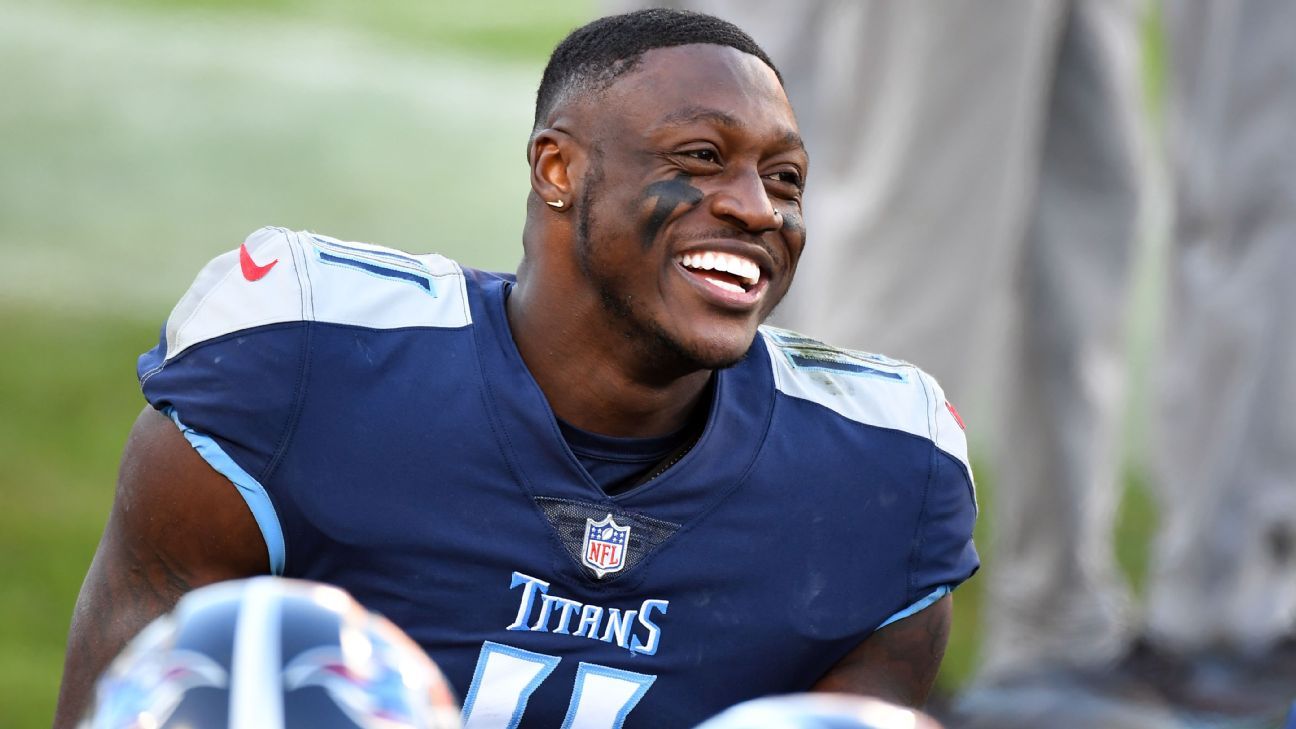 Brown was designated for return to practice from injured reserve on Monday and took part in all practices this week. The Titans placed Brown on injured reserve after he suffered a chest injury during their 22-13 loss to the Houston Texans last month. Tennessee has a 1-2 record without Brown in the lineup.

Getting Brown back onto the field is huge for quarterback Ryan Tannehill.

“I think first and foremost is his ability to make plays,” Tannehill said. “You look at what he has done for us over the last few years and the confidence that we have together. Just the plays he has made, some of them have been spectacular. To have that ability on the field and that confidence from the offense would be huge.”

Brown has played 10 games for the Titans and leads the team in receptions (46) and yards (615). Brown’s three touchdown receptions ties him with MyCole Pruitt and Nick Westbrook-Ikhine for the team lead.

The Titans will be without Kendall Lamm, who was slated to start at left tackle with Taylor Lewan out. Lamm tested positive for COVID-19 on Thursday.