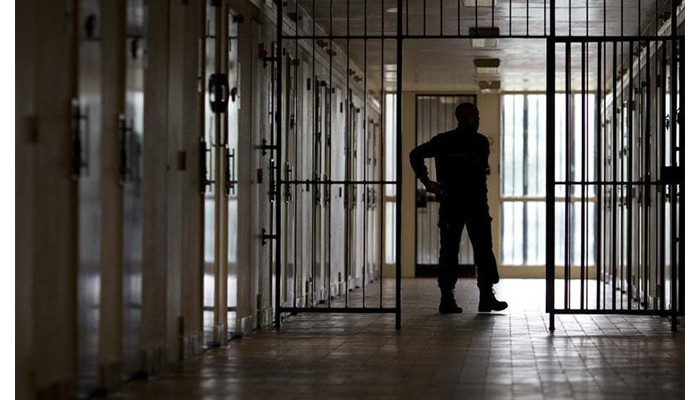 SUKKUR: Tensions in Larkana  Central Jail rose as prisoners —who took 10 policemen hostage on February 4 over the transfer of 70 inmates to other jails — refused to negotiate, The News reported Thursday.

According to Deputy Jail Superintendent Maula Baksh Sehto, 70 prisoners have been transferred from Larkana jail to other jails due to administrative reasons.

Sources said that negotiations took place between the prison administration and the inmates, however, they failed. An operation is underway to release the hostages, said Sehto.

On the other hand, the prisoners said that they will not let the hostages go until the other prisoners are brought back to the Central Jail.

The superintendent further said that the deputy inspector general of police (DIG) has been informed about the demands put forward by the prisoners, adding that “Larkana jail has a capacity to hold 600 prisoners but there are more than 1000 prisoners in the jail that are causing administrative problems”.

Relatives of hostages protest over inaction of jail authorities

Relatives of the 10 policemen taken hostage by the inmates continued their protest on Wednesday over the inaction of the jail authorities, demanding the liberation of the hostages.

The relatives took out a protest rally outside the Larkana Press Club and said that the jail superintendent has not taken any measure to get the hostages freed — who were held by the prisoners seven days ago.

In this regard, Superintendent of the Larkana Central Jail Ashfaq Ahmed Kalwar said that the situation was under control and that he would not compromise on the writ of law, adding the inmates were making illegal demands, according to The News.

He said the inmates were using different tactics to press for their demands and pressurise the jail authorities, adding only one or two policemen of the jail were taken hostage, while eight others surrendered themselves to support the demands.