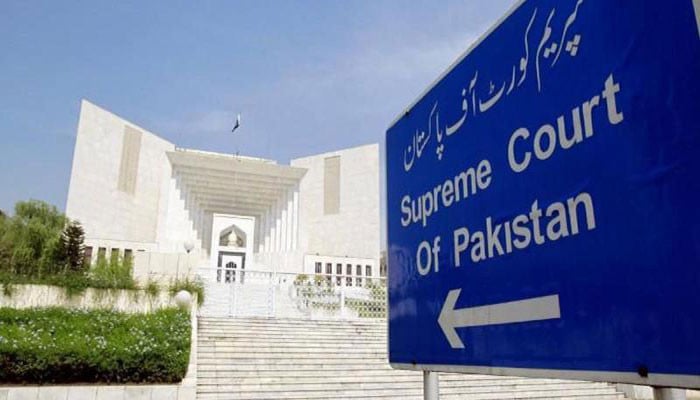 KARACHI: The Supreme Court (SC) on Thursday took exception to lack of proper health facilities in Tharparkar and other districts of the province and observed that people of Tharparkar including children were dying like animals.

Hearing a suo motu case regarding the deaths of infants in Mithi and Nawabshah due to malnutrition, diseases and lack of medicalcare, a three-member SC bench headed by Chief Justice Gulzar Ahmed observed that no doctor, medicine and health facilities were available in hospitals of Tharparkar.

The court observed that there was no electricity and other health facilities in government hospitals and total apathy by the government and health department did not consider the people of Tharparkar as human beings.

Chief Justice observed that all government hospitals whether it is in Larkana, Hyderabad or Mirpurkhas were in miserable condition and people were left dying without any medical treatment.

The court observed that government officers were appointed to serve the people not their purported masters. The court asked secretary health to let the other officers who wanted to deliver come to posts if they could not want to work.

The court rejected the report submitted by the health secretary and observed that report did not show that government had made any effort in compliance of the court orders.

The court directed the secretary health to ensure that doctors, medical staff should be available to address the health issues of the people and they would also look into the aspect of lady health workers who were appointed but not working in the area. The court directed the health department to ensure provision of medicines in the hospitals and no substandard drugs be allowed in the hospitals.