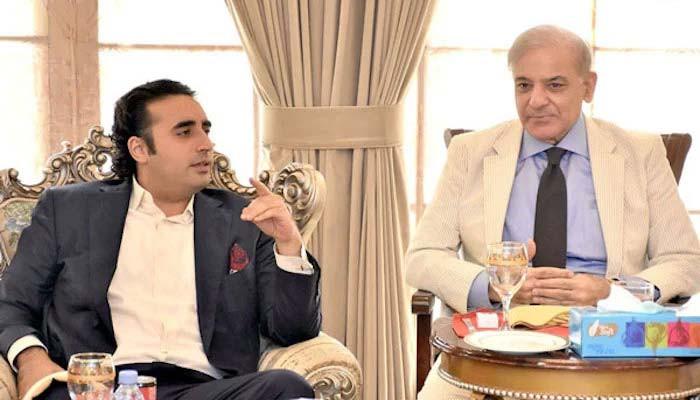 ISLAMABAD: PPP Chairman Bilawal Bhutto-Zardari is scheduled to meet Leader of the Opposition in the National Assembly Shahbaz Sharif for a luncheon meeting today, The News reported.

The PPP chairman had accepted the invitation of the PML-N president on Friday. Former president Asif Ali Zardari would also accompany his son Bilawal to the meeting.

According to reports, Shahbaz called Bilawal on Friday and invited him for a luncheon meeting on the instruction of former prime minister Nawaz.

The issues relating to political cooperation between two parties inside the parliament to PPP’s long march and anti-government movement will come under discussion during the meeting.

It is expected that PML-N Vice President Maryam Nawaz and leader Hamza Shahbaz Sharif will also be present during the luncheon meeting.

It is pertinent to mention here that PPP has announced that he will lead a long march against the PTI government from Karachi to Islamabad on February 27.

Meanwhile, the Pakistan Democratic Movement (PDM) has decided to continue with the long march against rising inflation on March 23 (Pakistan Day).

Earlier, Asif Ali Zardari had rejected the possibility of becoming a part of the anti-government alliance, PDM, saying: “I don’t think that it’s going to happen.”

Zardari had also said that the PDM has marched in the past as well — which did not bring down the government.