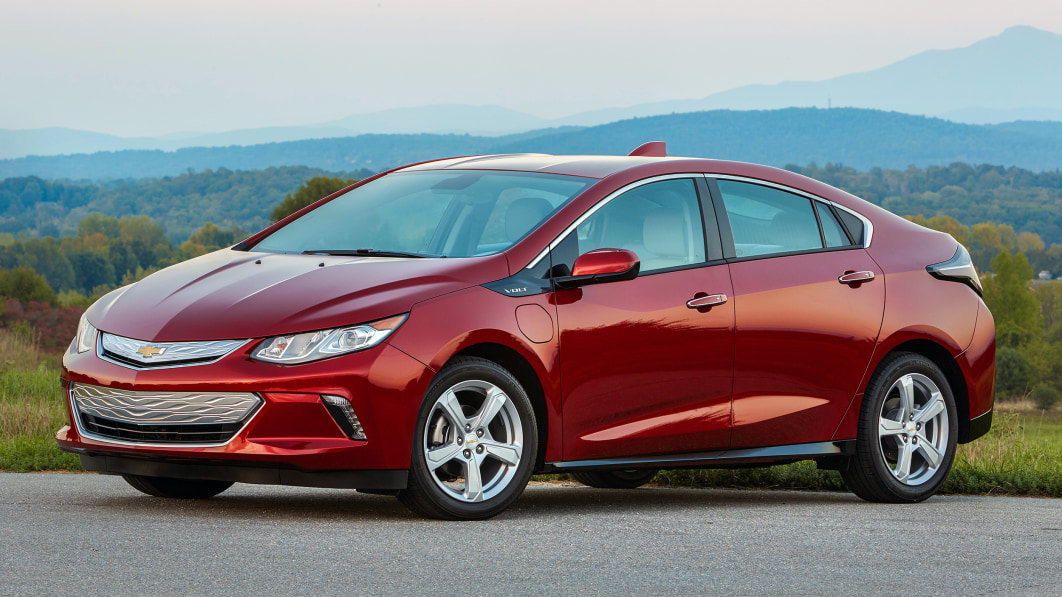 Way back in 2010, it seemed like the Chevy Volt was about to take America by storm. The premise was solid: A few hours plugged in overnight would leave the Volt driver with around 35 or 40 miles (depending on how it was driven, GM said it’d to 25 to 50 miles) of electric driving each day; plenty for the average commute. Once the battery was depleted, an efficient gasoline engine would kick in to keep everything running smoothly. No range anxiety, no muss, no fuss.

And it worked exactly as advertised, too. I tested a new Volt myself shortly after its debut, and in a week’s worth of driving that included running around my neighborhood and several hour-long runs on the highways to cross the Phoenix area, I averaged better than 100 miles per gallon of gas. Even including the electricity I pumped into the battery pack, the Volt was easily the most efficient highway-capable method of transportation I’d ever experienced up to that time, and it was actually pretty fun to drive.

A second-generation Volt debuted in 2016 with many improvements, including more electric range and greater efficiency. We lamented its retreat from the market back in 2019 when General Motors decided to pull the plug, literally and figuratively, on the Volt experiment. A few years have passed since the Volt’s death (and the ensuing Bolt EV hatchback’s arrival), and fully electric vehicles are making more and more sense for more and more Americans, at least those who have access to a charger at home or enough plugs near them.

But the Volt still makes a whole heck of a lot of sense as a used purchase, with prices hovering at around $10,000 on the low end and still well under $30,000 for a low-mileage model from the final year of production. Those figures represent current realities at today’s inflated rates, and they are expected to drop in due time along with other used vehicles. But even for current sums, the Volt is an extremely attractive option.

The closest competitor that offers a similar ownership experience to the Volt would be the Toyota Prius Prime. Between those two, the Chevy is better to drive, more efficient for most drivers and, though looks are of course subjective, in my opinion way more attractive regardless of which Volt generation you compare it to. It’s also cheaper. Blue Book value for a well-equipped 2017 Chevy Volt in very good condition with 50,000 miles currently stands at $18,658. A Prius Prime with similar options from the same year (its first on the market) is $25,044.

Of course, the Volt has been on the market quite a bit longer than the Prius Prime. It’s not hard to find an older Volt with around 100,000 miles for less than $10,000 or one with significantly fewer miles for just $1,000 or so more. That strikes me as an amazing bargain for a solid vehicle. And while I fully expect the Prius Prime to be reliable, the same is true of the Volt, which has solid reliability and satisfaction scores across the board from agencies that publish ratings.

It’s also worth mentioning that a drivetrain very similar to the Volt’s was used in the Cadillac ELR, a slinky two-door coupe packed with all the luxuries you’d expect from a vehicle wearing the Wreath and Crest. Those don’t sell at prices as low as the Volt, with a 2014 model’s book value hovering around $23,000 right now. The upgraded 2016 edition is quite a bit pricier. Either way, the ELR could be a potential collectible — it was massively overpriced when new, meaning few were sold, and oddities sometimes gain traction after a couple of decades have passed.

If you’re in the market for an extremely efficient vehicle that isn’t fully beholden to available charging plugs and are looking for a deal, the Chevy Volt deserves a close look.