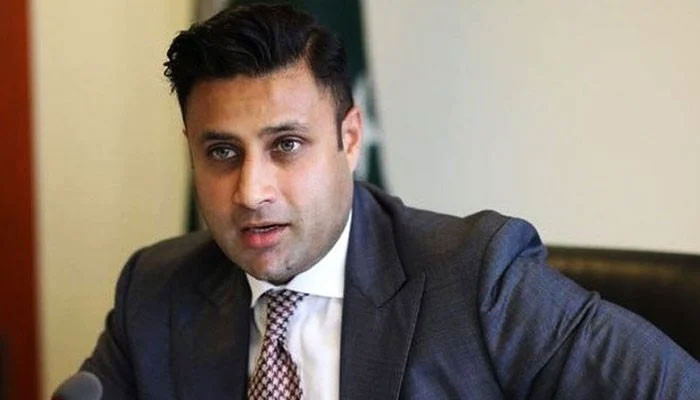 ISLAMABAD: A high security tablet computer allocated to Zulfi Bukhari in May 2021 as part of the prime minister’s vision for a paperless environment in the federal cabinet, has gone missing.

The Cabinet Division began questioning the relevant ministry and other authorities after The News approached it about the issue. If the missing gadget is not recovered, it may lead to a formal inquiry and possible criminal action by the FIA, the Cabinet Division has warned.

Tablet computers were allocated to all members of the cabinet to share the summaries and decisions of the cabinet. A spokesman for the Cabinet Division, when approached, confirmed that a hunt for the missing tablet was on. He added that no secret documents could have been leaked through the tablet because of certain security measures in place.

The missing tablet was allocated to Zulfi Bukhari in May 2021, the same month when he resigned from the office of Special Assistant to the Prime Minister. Bukhari told this correspondent that the paperless environment mechanism was introduced after his departure and he never saw or acquired the tablet.

The informal inquiry launched by the Cabinet Division confirms that on paper the tablet was allocated to Zulfi Bukhari but it apparently went missing at the staff level. The Ministry of Information Technology (MIT) and its National Information Technology Board (NITB) are the relevant authorities dealing with the security aspects of the tablet. The MIT and NITB officials are searching for the tablet both in the Ministry of Human Resource and Overseas Pakistanis and at the residence of Zulfi Bukhari, who has also told authorities that he never saw nor received the tablet.

Since May 2021, the federal cabinet has been working in a paperless environment as part of the prime minister’s digital vision. All cabinet ministers, advisers and SAPMs having responsibility of ministries have been provided specially configured tablets with security features and with data and papers of all cabinet meetings.

A tablet computer, commonly shortened to tablet, is a mobile device, typically with a mobile operating system and touchscreen display processing circuitry, and a rechargeable battery in a single, thin and flat package.

Sources in the Cabinet Division and Ministry of Human Resources and Overseas Pakistanis have confirmed to this scribe that the high security device has not yet been traced. All highly confidential papers pertaining to the federal cabinet’s agenda and working papers and cabinet briefs are circulated digitally to cabinet ministers, advisors and SAPMs on these highly secure tablets.

Only constitutional office-holders — ministers, advisers and SAPMs– can access this tablet which is personally handed over to the cabinet members through proper documentation. All confidential papers are delivered on these tablets before cabinet meetings. Every cabinet member is provided a special password and a user ID. During cabinet meetings, ministers and advisors are required to read or refer to all documents on these tablets. This mode of working requires an extremely high level of cyber security measures, which is said to be the responsibility of the NITB. The tablets are provided on the orders of the Cabinet Division. Informed sources confirmed that the cabinet tablet with a unique ID number was allocated for the Overseas Pakistanis Ministry and was handed over by the cabinet division to the staff of Zulfi Bukhari a few days before he resigned from the office of SAPM with proper documentation.

The case of the missing tablet came to light accidentally a couple of weeks ago when it was discovered that Bukhari, a British national and personal friend of Prime Minister Imran Khan, who had resigned from position of SAPM on May 17, 2021, had not returned the sensitive device to the ministry or the Cabinet Division.

The matter came to the fore when Senator Ayub Afridi was appointed Adviser to the Prime Minister on Overseas Pakistanis and Human Resource Development (OPHRD).

The newly appointed adviser wanted access to the federal cabinet agenda and papers but the tablet designated for the ministry was not traceable. A new tablet was issued to Adviser Afridi and at the same time the authorities started efforts to retrieve the missing device issued to Zulfi Bukhari.

According to the initial inquiry, Bukhari never returned the tablet and its access code to the Cabinet Division, the NITB, PM office or the ministry.

Bukhari resigned as SAPM on May 17, 2021, and his resignation was accepted and notified on May 27, 2021. However, it was only discovered in November 2021 that a highly sensitive cabinet device had been retained by the former SAPM and now the tablet is untraceable.

The spokesman for the Cabinet Division has said that the missing tablet was a serious issue and explained that security checks put in place would not allow anyone to misuse the device. He said that the NITB manages its passwords, which are changed frequently. The documents shared are erased after every 24 hours and there is no option available to further share with any outsider or get the document printed. When asked whether anyone can take screenshots of the documents as shown in the tablet’s screen, the Cabinet Division spokesman said that every tablet has the watermark of the person who possessed it and therefore any picture taken off the device’s screen would be traceable.

A senior civil servant familiar with the classified working of the federal cabinet said, “This is unprecedented. Why did the relevant ministry, the NITB and even the cabinet division not notice that the tablet was missing earlier? It was to be retrieved from the special assistant the day he resigned from the post.”

As per the Rules of Business, Official Secrets Act and rules governing safety and safe custody of classified and confidential federal cabinet papers, the matter warranted a high-level inquiry, the source said, suggesting that a commission headed by no less than the attorney general or a judge of the Supreme Court of Pakistan should inquire into the matter.

According to the source, the issue needs to be inquired to rule out the risk of sensitive national information falling into the wrong hands.