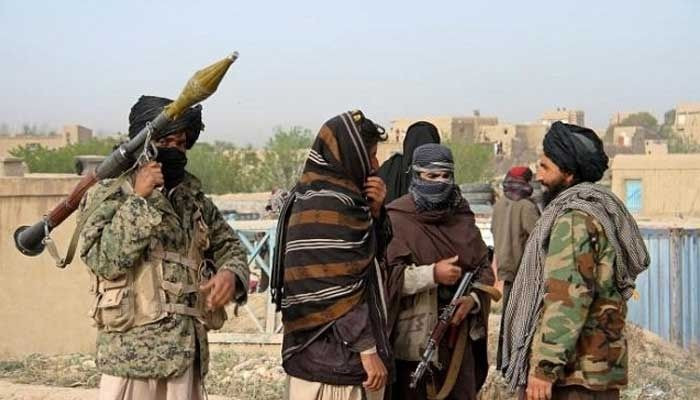 The fate of peace talks with the Tehreek-e-Taliban Pakistan (TTP) remains uncertain after the group ended the month-long ceasefire earlier in December, accusing the Pakistani authorities of failing to honour the promises they made in the initial phase of negotiations.

At this point, it is also unclear whether Pakistan wants to make war or peace with the TTP to decisively settle the conflict which has claimed thousands of lives, displaced millions of people and caused irreparable economic losses to the country. Meanwhile, Pakistan continues to lobby for Afghanistan and its new Taliban rulers in the international arena, hoping to leverage this support to neutralise the internal threat posed by the TTP. In the fog of such strategic ambiguity, it is not known whether the TTP are being treated as Pakistan’s friends or enemies.

German jurist and political theorist Carl Schmitt wrote that the specific political distinction to which political actions and motives can be reduced is that between ‘friend’ and ‘enemy.’ In the 1932 book, ‘The Concept of the Political’, Schmitt says: “The enemy is not merely any competitor or just any partner of a conflict in general. He is also not the private adversary whom one hates. An enemy exists only when, at least potentially, one fighting collectivity of people confronts a similar collectivity. The enemy is solely the public enemy, because everything that has a relationship to such a collectivity of men, particularly to a whole nation, becomes public by virtue of such a relationship…In its entirety the state as an organized political entity decides for itself the friend-enemy distinction.”

In other words, the distinction between a friend or an enemy is not merely a question of individual preferences; it is the state that decides its internal as well as external enemies. The possibility of war – which does not necessarily have to materialise – always foreshadows this distinction.

For over 70 years, India has been cited as Pakistan’s greatest external enemy and this position has endured the test of time, not just during wars but also in peacetime. The exigencies of this enmity have dictated most, if not all, of Pakistan’s foreign policy considerations.

Internally, however, Pakistan does not have one fixed enemy or perhaps even a well-defined criterion which can establish the characteristics of a domestic enemy. This is why we have frequently seen patriots being declared traitors overnight or citizens becoming outlaws. There are numerous examples of such patriots-turned-traitors; Fatima Jinnah, when she challenged the dictatorship of Ayub Khan, Huseyn Suhrawardy, G M Syed, Wali Khan, Ataullah Mengal, Ghaus Bakhsh Bizenjo and Mujibur Rehman. More recently, we have the case of three-time prime minister Nawaz Sharif, the parliamentarians from the Pashtun Tahaffuz Movement, and even academics like Dr Ammar Ali Jan.

Schmitt wrote that considerations of internal peace compel states to declare domestic enemies, and this is particularly true for constitutional states. According to him, the constitution is “the expression of the societal order, the existence of society itself. As soon as it is attacked the battle must then be waged outside the constitution and the law, hence decided by the power of weapons.”

Interestingly, those that the ruling order in Pakistan came to see as ‘domestic enemies’ had not sought to attack the constitutional order during their long political careers. Their fault may have been the opposite; these ‘domestic enemies’ were attempting to uphold the law of the land and seeking accountability for those who subverted or abrogated it.

However, entities such as the TTP, sometimes described as ‘misguided youth’ by Pakistan’s rulers, do not recognise the constitution of Pakistan and from the Schmittian perspective, should be regarded as domestic enemies. In fact, over the last two decades, the TTP has launched numerous attacks on security personnel as well as civilians to show their disdain for the constitution and the state apparatus that is meant to preserve and protect it.

For a brief period, when security operations were launched in Waziristan to clear out hotbeds of terrorism, the TTP was considered an enemy. The need to eliminate the constant threat of terrorism was perhaps the first instance in recent history that brought the civilian and military establishment on the ‘same page.’ Subsequently, media campaigns were launched to emphasise and justify the need for military campaigns and the internal displacement caused by the process. This mass displacement was considered a necessary sacrifice on the part of the public in the face of a national security imperative. The military campaigns yielded some positive results; incidents of terrorism declined, networks were smashed and there was, for some time at least, some semblance of peace and security in the country.

While the TTP was being considered a domestic enemy, Pakistan complained that Afghanistan was providing sanctuaries to militants in Kunar and Nuristan after they fled across the border during the operations. On December 17, 2014, the then army chief, during a visit to Kabul, sought decisive action against the militant outfit, even threatening to go after the militants in hot pursuit if the Afghan authorities failed to act. At the same time, Pakistan maintained its position that the Afghan Taliban deserved a share in government – and eventually helped broker a withdrawal arrangement for the US forces, catalysing the fall of Ashraf Ghani’s government.

Now, Pakistan hopes to use its influence over the Afghan Taliban to negotiate a peaceful settlement with the Pakistani Taliban – blurring the distinction between friend and enemy. This decision to negotiate with the TTP has been taken without any debate in parliament and without any consensus generated among political representatives of the country.

What has changed Pakistan’s fighting posture towards the TTP? Is it a question of will or capacity, or both? The answer may be a combination of three factors. First, the perspective of the ruling party and Prime Minister Imran Khan. PM Khan has always been clear about his position on the Taliban; while in opposition, he spoke out against the US war on terror numerous times. In many interviews he described Pakistan’s involvement in the war on terror as one of its “biggest blunders.” At one point, he even threatened to block Nato supply routes after US drone strikes in Pakistan.

Khan has also been publicly sympathetic to the Taliban in Afghanistan, saying they have “broken the shackles of slavery” by toppling Ashraf Ghani’s government and forcing the US withdrawal. There are many who echo his views in the corridors of power and these voices are content with the strategic victory in Afghanistan, even if it comes at the cost of emboldening domestic terror outfits.

The second factor may be the financial cost of military campaigns. As the US withdrew from Afghanistan, so did the billions of dollars in coalition support funds (CSF) available to allies in the war on terror. Part of these funds was military aid meant for combatting terrorism in the region. Pakistan was a beneficiary of these funds. With the CSFs dried out, the incentive to fight has been significantly reduced.

Finally, the rise and strengthening of extremist rightwing forces in Pakistan points to the changes in societal attitudes over the years. Progressive forces, which have remained under constant attack over the decades, have become too marginal to yield any significant influence on public opinions and attitudes. The tragic costs of terrorism remain an issue of the peripheries in the imagination of many Pakistanis. For others, it is an inevitable consequence of a degenerate system managed by inept rulers.

The writer is a journalist and tweets at @aimamk