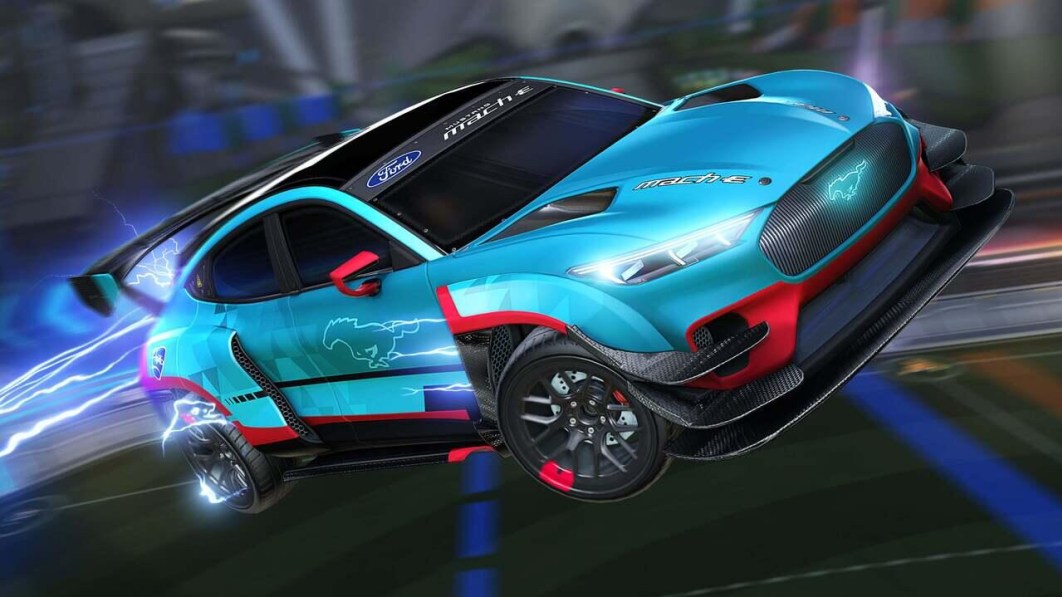 Ford has once again collaborated with “Rocket League” to bring an exciting new pair of vehicles to the roster: the new Ford Mustang Mach-E and the 1965 Ford Mustang Shelby GT350R. Here’s what you’ll get with the bundles.

The packs can be bought separately for 1,100 credits each or together for 2,000 credits total. Also, just like the F-150 RLE, these cars are some of the very few third-party vehicles that can be fully customized with other “Rocket League” items, something that Ford deserves a lot of credit for, since so many other manufacturers opt to not allow this, despite it being one of the most fun parts of the game. Good on ya, Ford! Check out the new cars in the item shop now or see them in action in the video above.

This isn’t technically “Rocket League” related, but it might as well be. This Sunday, November 12, at 1 p.m. Eastern Das Race Goal will be streaming, essentially, a real-life version of the car soccer game for charity. The event will include eSports players and influencers controlling RC cars in an IRL game of definitely-not-Rocket-League. The event is to raise money for the United Nations Population Fund’s Skills for Life programs, which “empower and expand access to critical services like education and healthcare for young girls across Latin America and the Caribbean.” It looks like it’ll be a fun event for a great cause, so make sure to tune in this Sunday and make a donation if you can!

The dedicated fanbase of “Snowrunner” has something new to be excited about with the game’s Season 6 content now officially revealed. The new season, sub-titled “Haul & Hustle,” brings new maps, new modes and of course new vehicles to those who have the Season Pass for the game. The reveal video also claims that cross-play between PC and console is coming soon for all players with this update, however, the description of the video states that “After unforeseen events, the implementation of cross-play with Xbox One has been pushed back to a later date.”

The new maps take players to Maine and promise an intense challenge for even experienced players. The new trucks available are the Aramatsu Forwarder and Tayga 6455B. In addition to the “big” updates, this season also includes things like new stickers, new skins and even a brand new photo mode. It looks like another solid addition to the unique game. Learn more from the video below, or if you’re interested, pick up a copy of the game right here.