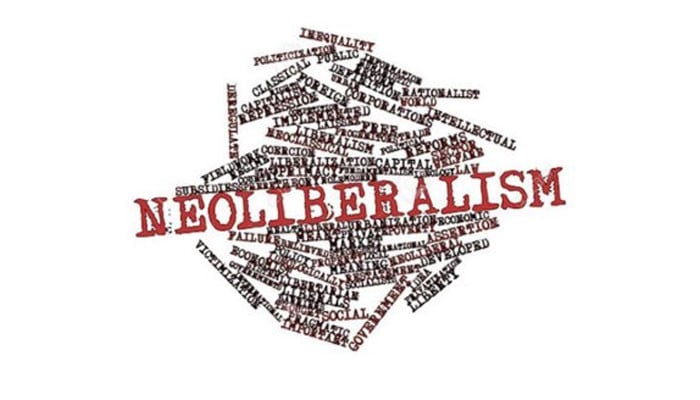 The concept of neoliberalism is a part of capitalism that gained wide currency soon after the compelling defeat of socialism in the backdrop of the disintegration of the former Soviet Union, popularly known as the USSR.

There are three distinct periods of Pakistan’s experience when it comes to its economic system. One is from 1947 to 1971; the second is a short period lasting only for six years of the Bhutto regime during the 1970s; and the third started from the late seventies and is ongoing. How historians will judge the country’s economic performance during these years is quite a debate.

The early period from 1947 to 1971, especially from the late fifties to the late sixties, was a period of high growth with export promotion and import substitution based on the old-school laissez-faire economy. During this period, the economic trajectory was quite impressive as Pakistan was experiencing mid-term economic planning spanning over five years (plans), later copied by South Korea which went on to become an Asian Tiger. This was the period of industrialisation and economic growth.

The second period, spanning over six years, was the Bhutto’s government, when Pakistan nationalised the main industry and corporations/companies under a policy popularly known as the nationalisation policy. This was the period of welfare economics based on a socialist model of economy and its performance was not that impressive, rather it can be called the worst in the history of Pakistan. The nationalisation policy rolled back all the economic progress and development achieved during the first period of economic growth. Ownership by the state in place of private-sector ownership could not work well and ended up destroying the economic progress achieved so far. This was the worst period in the economic history of Pakistan.

The third period started from 1977 and is continuing till today, with some slow and fast processes of a mixed economy embedded in a liberal and neoliberal economic format. The economic reforms in the early nineties gave birth to crony capitalism and kleptocracy in Pakistan. Neoliberalism is in fact gangster capitalism that can be branded as a new economic fascism in the garb of privatisation, where the role of the state is limited to only regulatory duties. In this neoliberal economic system led by the Americans, the role of the state is only as a regulator and all other functions are performed by the private sector and private individuals.

The golden period of capitalism was soon overtaken by free markets, where free trade became the hallmark of the system. Corruption by rulers in developing countries is rampant in this free world economy. Kleptocrats are enjoying private party ownership based on neoliberalism, globalisation and financialisation. This gangster crony capitalism has made headway in third world countries like Pakistan by manipulating the loopholes of this hybrid model of economic system called neoliberalism.

The economic system has passed through different phases of evolution starting from Bretton Woods to the World Bank and the International Monetary Fund controlling almost everything, so far as the international regulatory framework determining the exchange rate is concerned. The dollar has taken over the role of reserves, replacing gold and bronze with a green-backed foreign currency.

The monetary and fiscal policy has now assumed the prominent role of determining exchange rates, parity of local currency with dollars and interest rates controlling inflation and investment in the country. Foreign direct investment also depends on the stability, strategy and fiscal policy performance in sync with monetary policy implementation. It all depends on the overall economic growth of the country directly related to exports, imports, current account, and balance of payments. GDP growth is one of the indicators of such performance and the other is large-scale manufacturing along with SMEs that make the whole gimmick of economic performance.

The situation in Pakistan is grave, as reforms in the economy are least bothered about factors, further marred by a debt-ridden economy always passing through transitions coping with debt management issues. Debt servicing is a number one issue, as it is eating up almost 40 percent of our annual budget.

The IMF’s facilities have always created a problem for developing countries, right from Egypt to Pakistan. The IMF package has never been a relief for the poor, rather it has been sort of a sting operation in the name of stabilisation and economic viability. The last Extended Fund Facility (EFF) for Pakistan has proved to be a pain in the neck, breaking the backbone of the economy and the poor people of Pakistan. But the question is how to balance everything – optimum policy coordination, maximising the impact of the monetary and fiscal policy. The Central Bank – in the case of Pakistan, the State Bank of Pakistan (SBP) – is the pivot to maximise such impact, especially through implementation of the monetary policy.

The role of the IMF has always been very controversial, as everything has gone out of control – right from inflation to investment to GDP growth. The conditions set by the IMF are so very tough and unrealistic that they can’t be accepted. Poor countries like Pakistan accept such conditions to avoid unnecessary default that may cause havoc with the confidence and credibility of a country as a sovereign state.

Neoliberalism and the economic reforms envisaged and implemented by the developed countries of the world are still waiting for final tests, although they seem to be practically providing the way forward for developing countries to get maximum inclusive economic growth. Pakistan’s experience in the field is quite interesting but intriguing at the same time for the obvious reasons that it could not provide proper relief to the people.

Crony capitalism in the backdrop of the privatisation policy gave genesis to kleptocracy, which is more dangerous in all its forms and designs. The kleptocrats whisked away all wealth and money collected through corruption and corrupt practices and stashed it away in foreign banks. How to get rid of this eternal problem of the loot and plunder of national assets giving way to private groups of companies and individuals by privatising State-Owned Entities (SOEs) – not for the welfare of the people but to benefit the rich of the country. This has generated a large debate in developing countries, especially after the Covid-19 pandemic: how to fill this ever-widening gap and disparity among the haves and the have- nots in the country in this neoliberal economic system.

The writer is an economist.