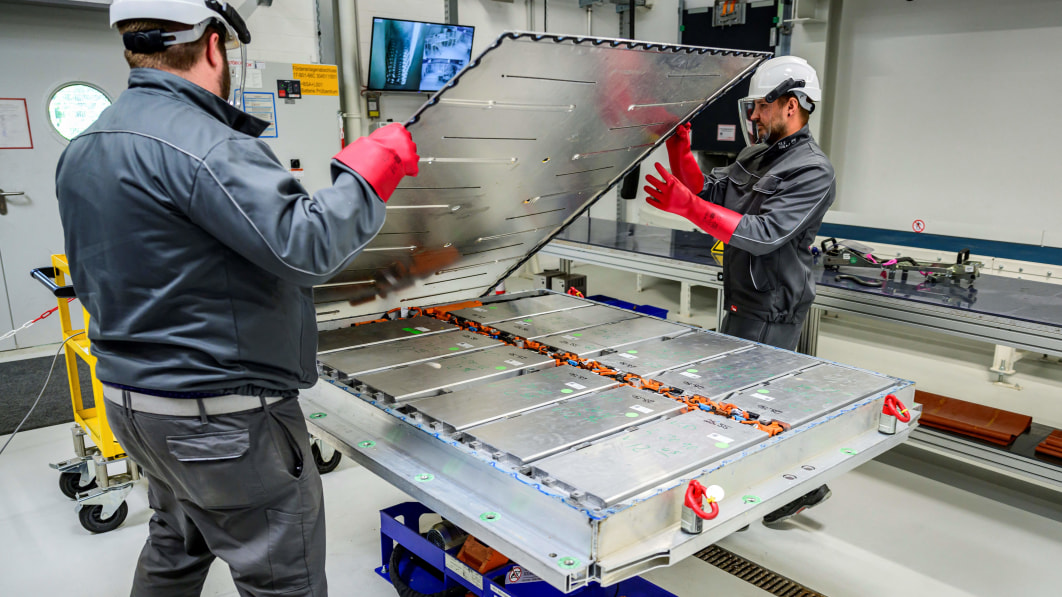 A global rush into battery recycling is good news for automakers worried about future raw material supplies. But the wave of new factories poses a big risk for the recycling industry itself: there’s nowhere near enough scrap yet to feed them all.

Big-name auto giants, specialist recycling firms and even miner Glencore Plc are all pouring money into transforming waste into the commodities needed to fuel the electric-vehicle revolution. As a result, global battery-recycling capacity will surge nearly 10 times from 2021 to 2025, and is expected to surpass available scrap supply this year, according to consultancy Circular Energy Storage.

Shortages are likely to persist well into the next decade while the industry waits for early models of EVs to hit junk yards in big numbers, and by 2025 there may be three times more recycling factory space than scrap to run the plants. Of course, the old batteries will eventually start rolling in, but recycling companies will have to survive until then.

Some are already talking about supplementing their plants with freshly mined material — a counterintuitive solution given that recycling is intended to be a crucial and environmentally friendly answer to limited mined production of metals like lithium and cobalt. Automakers have been racing to lock in future supplies amid concerns about raw-material shortages that have sent prices spiking in recent months. Lithium prices have surged more than fourfold in China in the past year, and look set to rise further as a drought-induced power crisis in Sichuan province sparks fresh fears about supply.

For automakers in Europe, there’s an urgent need to build the plants ahead of regulations that will force them to use more recycled materials in their batteries from 2030 onwards. Independent recyclers also need to move quickly, and recovering the raw materials contained in the batteries could still prove lucrative for those who can lock in sufficient supplies. But the result is that the burgeoning industry is collectively building plants far too quickly.

“Nobody is really looking at each other, and they seem to think there will be a lot of scrap and end-of-life batteries,” Hans Eric Melin, the founder of Circular Energy Storage, said by phone. “But if you look at the level of capacity that’s coming online, it’s huge in relation to what we need.”

There are two main types of recycling feed — old, used-up batteries, and waste material from battery factories. But most EVs being driven now will remain on the road for years and, even when the cars are scrapped, batteries are often sold on for re-use. Battery makers are also cutting waste at their plants, leaving even less material for recyclers.

In 2025, 78% of the available scrap supply will be coming from manufacturing waste, while end-of-life batteries will account for 22%, according to new research by Benchmark Mineral Intelligence. It won’t be until the mid-to-late 2030s that the industry reaches an inflection point where volumes of used batteries available to recyclers start to surge, the consultancy predicts.

Previously, most of the investment has been focused in China, which accounts for more than 80% of the world’s battery recycling capacity. It’s also where the first big wave of scrap is likely to emerge, because more EVs have been on the road for longer. There’s been a flood of plans for new recycling facilities across Europe and North America over the past year, but those plants will need to wait even longer for supply to start picking up.

“In terms of where the scrap is coming from, China is going to be dominating supply,” Benchmark analyst Sarah Colbourn said by phone. “It’s quite an opaque market to understand, but the overwhelming majority of capacity is in China and the volume of scrap available will be higher in China.”

To recycle spent batteries, they are first dismantled and shredded into something called “black mass,” which is then processed to produce specialist chemicals for use in new batteries.

The biggest bottleneck is likely to be for the companies focused mainly on processing black mass, according to Ajay Kochhar, the chief executive officer and co-founder of Canadian recycling startup Li-Cycle Holdings Corp. The company plans to produce high-value chemicals at a new $485 million facility in Rochester, New York. The company’s rapid expansion has attracted the attention of short sellers skeptical about its technology and development costs, but it received a vote of confidence with a $200 million investment this year by mining giant Glencore.

“Supply for us is not an issue, we have more batteries than we can typically handle,” Kochhar said. “But there is a question about how that will evolve for the industry as a whole.”

Glencore invested in Li-Cycle because it sees strong long-term prospects, but expects the next few years will be difficult for the sector broadly, said Kunal Sinha, Glencore’s global head of recycling.

“If you’re building a standalone battery recycling business, that business is now under pressure,” Sinha said in an interview in London. “Some of the recycling-only business models will not succeed, or at least will be very stressed, because they’re going to be waiting for all that scrap to arrive.”

Li-Cycle’s relationship with Glencore could offer a solution if it does run into future shortages, by supplementing waste supplies with raw materials from Glencore’s own mines until scrap volumes finally swell in earnest, Sinha said.

Others are already adopting a hybrid approach, with rival recycler Redwood Materials announcing plans for a $3.5 billion battery-chemicals plant in Nevada that will be fed with a combination of mined and recycled raw materials.

So what’s it going to take for waste supply to really start rising?

Even when vehicles are scrapped, the batteries are often snapped up by buyers willing to pay thousands of dollars to reuse them in other vehicles or in less-demanding applications like energy-storage systems. It could take 15 years or more for old batteries to eventually arrive at recycling plants, and in some cases as long as 25 years, according to CES.

The batteries found in old electronics are another major source of supply, but will depend on the effectiveness of regulations designed to convince consumers to clear out their drawers and recycle old gadgets.

In the short term, recyclers will be relying heavily on scrap produced during the battery-making process. But even that is coming under pressure — CES last month slashed its long-term forecasts for manufacturing scrap by more than half to reflect major breakthroughs in production efficiency in the last few years.

Still, the shortage won’t last forever. Recycling will still account for less than 10% of global supply by 2030, but will rise substantially over the following decade, according to Benchmark. Even so, car-makers will still be heavily reliant on miners to underpin the electric-vehicle industry’s explosive growth, and shortages look set to persist there as well.

“The scale of demand is just incredible, and the mining aspect needs some attention,” Benchmark’s Colbourn said. “One thing I can say for certain is that we’ll still be facing deficits, and recycling isn’t going to be able to plug that gap any time soon.”