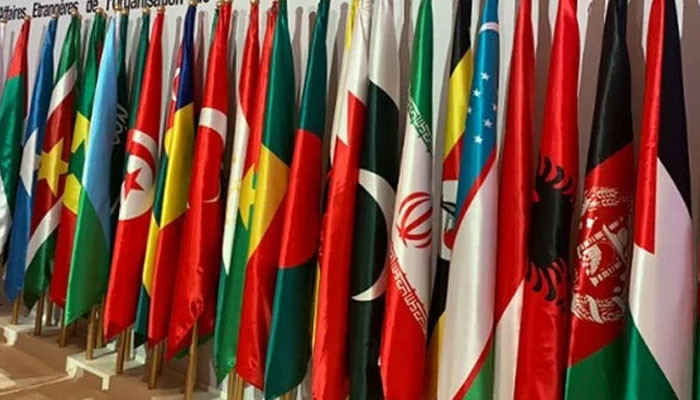 The political, social and economic conditions of Afghanistan have remained unpredictable since the fall of Kabul in August this year.

Post-US withdrawal, the dilemma of political recognition and legitimacy of the Taliban has put Afghanistan in a sort of limbo. The Taliban are under crippling pressure to gain political legitimacy and to maintain order within the rapidly deteriorating conditions in the country.

Afghanistan is largely dependent on foreign aid and is facing a looming humanitarian crisis after billions of dollars of Afghan central bank reserves were frozen. Clearly, they cannot shift to a functioning indigenous economy overnight. Foreign aid was effectively serving as an artificial bubble, without which the Afghan economy is nose-diving.

Pakistan understands that the situation is fast becoming unmanageable and with the harsh winter more than 22 million people will be facing food shortages and more than three million children will be malnourished. Although Pakistan has sent 50,000 tons of wheat, along with medicines and relief assistance to Afghanistan, this is a drop in the ocean compared to the actual needs of the Afghan people. The policy of abandonment, practised by the international community in the ‘90s, did not benefit the Afghan people or the region. Only through engagement and incentives can the Taliban be made to uphold the promises they made earlier about respecting human rights.

The consequences of ignoring the crisis in Afghanistan will be civil war and unrest, famine, widespread disease – and an exodus of people relocating to neighboring countries. This puts a lot of pressure on countries like Pakistan, which are already host to millions of Afghan refugees. This is primarily the reason Pakistan has been so vocal in urging the international community and the regional countries to find a solution for the Afghanistan crisis.

Pakistan has also opened border crossings and expedited visa applications, along with their earlier efforts of evacuating more than 80,000 people from 42 different nationalities. On December 4 this year, Foreign Minister Shah Mehmood Qureshi announced that Pakistan would be hosting a session of the OIC Council of Foreign Ministers in Islamabad on December 19. The purpose is to raise awareness about the dire humanitarian needs of the Afghan populace and to get the OIC to commit to economic assistance to ward off the humanitarian crisis and eventual collapse of the Afghan economy. The humanitarian tragedy occurring in Afghanistan has the potential to disrupt the already precarious security situation within the country and lead to regional instability.

On the occasion of this conference, in order to build international consensus, special representatives are being invited from the P5 countries along with representatives of the EU. The need of the hour is a special dispensation within the UNSC allowing aid to be delivered to Afghanistan without violating the already existing sanctions on the Taliban regime.

The OIC session will aim to look at the situation comprehensively and endeavor to find solutions to the problems that Afghanistan is facing. The purpose of the meeting is not just to pledge assistance but to figure out ways to make sure the help is reaching the Afghan people. It aims to ensure that the OIC takes the lead in this humanitarian effort.

The OIC consists of 57 member states spread across four continents. It is the second largest organisation in the world and ideally should act as the voice of the Muslim Ummah. Its core objectives are promoting international peace and harmony in people, regardless of their religious affiliations.

FM Qureshi, while announcing the meeting, said: “Considering the gravity of the situation, Pakistan has made an effort and moved ahead to host the international event, realizing that, if not addressed timely, the situation will have dire consequences for Afghanistan and its neighbors as well as the whole region. Afghanistan can face economic collapse if its frozen assets are not released to cope with the burgeoning needs”. He stressed that the world needed to learn from its mistakes and a deepening crisis in Afghanistan could destabilise the region.

The OIC session is an important step to also listen to other stakeholders, such as Iran, Turkey, Saudi Arabia etc. The expected outcome may not be Taliban recognition but at least it will be a step in the right direction to avert the humanitarian disaster.

There are major hurdles on the path of humanitarian assistance, and it is essential that the OIC endeavors to find a way around those. One of the biggest challenges is making a distinction between the unrecognised Taliban government and the Afghan people. One way around this is how the ICRC pumped funds directly into the health, education and municipal sectors by paying salaries and running costs of hospitals and schools. This is a model that may be beneficial for the OIC to model their assistance on if they want to avoid violating UNSC sanctions.

What is clear is that there is a dire need for the international community to come together and provide aid and assistance to Afghanistan. Ignoring this looming catastrophe will have drastic consequences for the region and the world. There is also a need to offer dispensation to Afghanistan in the UNSC to allow aid to be delivered without violating existing sanctions. The OIC countries, acting in consensus and with unity, yield immense influence and this session can be a game-changing event for Afghanistan if the members are able to find concrete steps and solutions regarding how to deal with the Afghanistan conundrum.

The writer is a research officer at the Institute of Regional Studies.