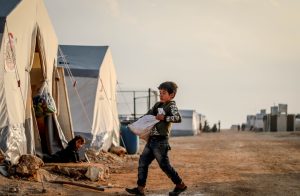 The problems and crises Afghanistan is facing are not hidden from anyone. The Afghani people are projecting a horrifying picture of misery and stress due to the ongoing humanitarian and food crisis in the country. According to UNHCR, an estimated 667,900 Afghans have been newly displaced inside the country since January due to violence and insecurity. around 18 million are highly food insecure during the conflict this year.
The vast majority of Afghani people live in Pakistan & the country has generously accommodated Afghans for over four decades. earlier, in November 2021, Pakistan sent truckloads of humanitarian assistance to the people of Afghanistan at the Torkham crossing as a part of its efforts to provide relief to Afghanistan. Pakistan has also conducted two free eye care camps each at Khost and Kabul treating over 8000 patients and conducting over 500 surgeries.
Now, under the banner of the UN, Pakistan allowed the transportation of 50 thousand metric tons of wheat and medicines from India to Afghanistan through the Wagah border as a goodwill gesture. It is estimated that almost 1200 trucks would be needed to take the wheat to Afghanistan. However, India is trying to delay the consignment of wheat to Afghanistan and is trying to malign Pakistan once again with its fake propaganda. The Indian government is delaying the process and is demanding that the wheat should be transported only through Indian or Afghan trucks. There should be no politics on such a serious humanitarian crisis but, it seems that India is trying to make Afghans go against Pakistan to fulfil its ominous agendas in the region. Pakistan has repeatedly urged other countries to help Afghan people who are going through tough times. Because, if they are not helped in a timely manner, the situation there could get worse.