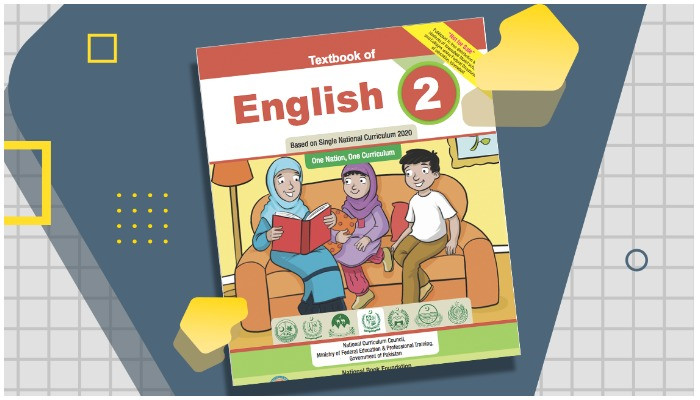 I completed a page-by-page review of three model textbooks prepared for the Pre-1 Grade under the Single National Curriculum. I had intended to review all textbooks up to Grade 5 but the pedagogical quality was so poor that I decided to desist.

I am undertaking another analysis, that of comparing Pre-1 textbooks across jurisdictions because education is a provincial responsibility so one needs to see the nature of variations. My review was based on Punjab textbooks, and I will look to compare the egregious outliers I had noted to see how they appear in the other sets.

The first thing I noticed was that, while the covers of all federal primers carry the slogan ‘One Nation One Curriculum’, it is conspicuously missing from both provincial sets. Should one infer from this that this is only a federal obsession? The rejection of the SNC in toto by Sindh certainly suggests that.

All three primers (English, Urdu, Mathematics) in all three sets have the same three authors. While all nine primers carry their names, only one (KP English) mentions their qualifications on a page titled ‘Profile Authors’ (sic). Two of them have an association with Harvard University and one of them is currently a PhD scholar at the University of Illinois.

Let us see if this expectation is borne out. What caught my eye first, simply because it was right opposite the page with the ‘Profile Authors’ in the KP Maths primer, was a calendar for January. In the KP primer, it is titled “Calender” (sic) while in the federal and Punjab sets it is correctly spelt as “Calendar.” That is not a great start for KP with all its fresh eyes and brains.

I had found the verse introducing the number 4 in the Punjab Maths primer to be nonsensical: “Four friends who are very tall / Together they achieve it all / Day and night they worked hard / Success of Pakistan is their yard.”

In the federal set, the verse is as follows: “Four friends, big and small / Together they stand tall / Day and night their country they guard / For Pakistan they work very hard.”

This version is less nonsensical but expecting four-year-olds to understand the concept of ‘standing tall’ is asking a lot. I suppose the experienced authors felt differently. The real question is who made the absurd change in Punjab and why? The KP primer reproduces the nonsensical rhyme from Punjab – which unfortunately means it made sense to all the independent editors, reviewers, and supervisors.

The message in all three sets is of people working very hard for the country and in one of guarding it. However, the accompanying image, the same in all three primers, is of four men dancing. At least this legitimises dancing as hard work that can be employed to guard the country.

One is tempted to grant the KP team one month’s bonus – except that it is not clear what “l” letter has to do with beef except for the convenience of a rhyme.

I had mentioned that after every six letters in the Punjab Urdu primer there was a revision lesson with the unfamiliar heading (ae’aadeh) meaning repetition. The term used in the other two sets is dohraii, deriving from dohraana but only a little less unfamiliar. A simpler alternative for children would have been mashq. So, there is freedom for the provinces to make changes, but they have not always made them judiciously or sensibly.

There is one area where substantive changes have been made – the inside of the front and back covers. Those of the federal textbooks are blank. Punjab has inside the front cover a quote from Quaid-e-Azam that without appropriate education we might be wiped out altogether and information about the child protection helpline inside the back cover. KP has split the inside of the front cover between Quranic sayings and messages like ‘Say No to Corruption’. It’s not clear why this message is addressed to innocent four-year-olds. Inside the back cover is a ‘Textbook Feedback Form’ in English that has presumably to be ripped out and returned. It does not say who is to fill it or where to send it.

Suffice it to say, there are marginal and superficial differences and the whole package remains pedagogically inferior. It is frightening that the originating federal set has been made by the National Book Foundation (NBF). If this is the standard of the NBF, it approaches that of the Karachi zoo that has had an elephant for 12 years without knowing whether it was male or female. A German had to come to make the determination. Who will come to out the SNC?

The writer is the former dean of the School of Humanities and Social Sciences at LUMS. The page-by-page review is available as an e-book from The Little Book Company.