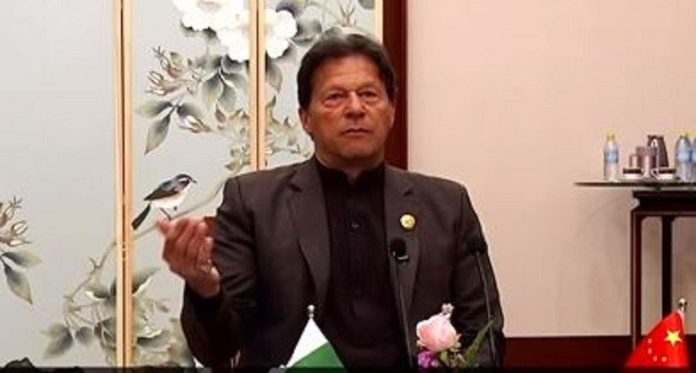 Prime Minister Imran Khan dismissed the “suspicion” of the Western countries about the China-Pakistan Economic Corridor (CPEC) and the Gwadar port, saying that both the projects were a great opportunity for regional development.
He said in an interview with Dr. Eric Li, Director of the Advisory Committee of the China Institute of Fudan University, that the projects would prove beneficial not only to Pakistan and China but also to the entire region.
“The suspicion about CPEC and Gwadar [port] makes no sense…We invite other countries to join as well,” Imran said. He added that his top priority was the uplift of 220 million people of Pakistan and “these projects will help in poverty alleviation and wealth creation”.
While discussing the Afghanistan situation, Imran said that the Americans did not learn from the history of Afghans, adding that the prevailing situation there could lead to a humanitarian crisis.
Giving the remarks on relations with India, the prime minister said that normalizing ties with Pakistan’s immediate neighbor were a priority of his government after assuming power. However, he added that the Kashmir dispute remained a big issue between the two countries. He mentioned the “terrible situation” of human rights in India where the minorities suffered immensely. “The Indian government thinks that the country belongs to the Hindus, who continue to marginalize other minorities,” he said. “A great tragedy is happening in India and I hope that better sense prevails to avert any damage.”
Asked about the allegations hurled by the United States and European countries of the genocide of Uyghurs in China’s Xinjiang province, Imran said that the reports received from Pakistan’s envoy to China after his visit to the province were “completely different”.
He further said that for 70 years, the relations with China had been consistent regardless of the government in power.
In response to another question about balancing US-China relations, Prime Minister Imran Khan said that Pakistan would like to replicate the role it had played in bringing the two rival blocs closer in the 1970s.