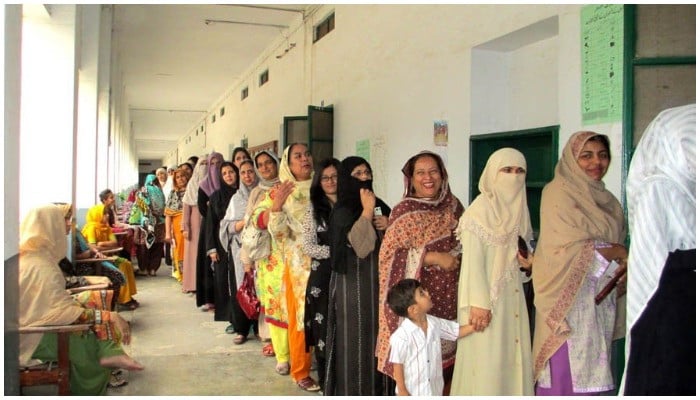 The PML-N has won the PP-206 by-poll in Khanewal; and with that the PTI lost yet another by-election in Punjab. A close contest was expected between the PTI and the PML-N but it proved to be a one-sided affair in the end. The PML-N’s margin of victory is 14,100 votes which is four times bigger than the margin of victory in the 2018 general elections.

This constituency is a stronghold of the PML-N, which has won six out of eight elections here since 1988, losing in 2002 and 2008. The PPP won just one election from here in 2008 when Nishat Daha won on the party ticket.

Let’s make one thing clear before further analysing these by-poll results. Victory or defeat on a national or provincial assembly seat in by-elections is not significant from the point of view of parliamentary majority under the present circumstances. And yet, these elections do tell us about the political trends in a constituency as well the general political trends in a province.

So the results of six by-elections held in 2021, two on National Assembly and four on provincial assembly seats, give us an idea about the general political trends of voters in Punjab. The PML-N won five out of six by-elections while the PTI won just one. So the PML-N is still the most popular party among the electorate in Punjab. The party is evidently still the dominant political force in the electoral field and has so far succeeded in maintaining its support base despite facing many odds.

The results of the PP-206 Khanewal by-poll clearly reflect this political trend. The PML-N has bagged slightly less votes than it received in 2018 but its margin of victory increased. The reason is that the party has lost nearly 14,500 votes compared to the 2018 general elections. This is a significant drop in the votes.

The PPP also succeeded in increasing its votes compared to the 2018 elections. In 2018, it got 6,612 votes but today it secured 15,233 votes, nearly 9,000 more than the previous elections. The PPP’s increased votes will hurt the PTI in Punjab. Discontent PPP voters had played an important role in the rise in PTI votes in Punjab. But some PPP voters are returning back to its fold. This might not be enough for the PPP to win the urban constituencies in Punjab. But it might be enough to cause defeat to the PTI in many constituencies.

The results of the by-elections in Lahore and Khanewal are indicating that the TLP might cause some damage to the PML-N – a couple of thousand votes – but that will not be enough to give an advantage to the PTI.

Hence, it will be the combination of the powers that be and a handful of feudal, capitalist and influential electables who decide the outcome of the next elections in rural Punjab. The party that embraces the maximum number of electables will win the most seats from rural Punjab.

The PTI will have to retain the overwhelming majority of electables in the next elections. It will be in serious trouble if half of the electables (who joined the PTI before the 2018 elections) decided to leave the party, which had depended heavily on these electables to win many rural constituencies.

The PML-N’s margin of victory is not the result of its increased votes but the result of the PTI’s decline. The fact is that the PTI has failed to consolidate its position in urban Punjab and its support is on the decline. The party has also failed to strengthen its party structure and organisation in urban constituencies. It is also facing major resentment due to the price hike, high inflation, rising poverty and unemployment.

In the upcoming general elections too, Punjab will be the real battleground, as it will not only decide the fate of the PML-N and the PTI but will also decide who forms the next government in Islamabad. Punjab has 141 National Assembly seats even after losing seven seats following the new delimitation of constituencies in 2018. Political parties play a key role in elections in the nearly 58 urban and 17 semi-urban constituencies, but 69 rural constituencies have different dynamics.

In most of the urban seats, the PML-N and the PTI will contest each other in terms of popularity and domination. However, in my view, the PML-N still has an overall advantage in these constituencies. In 2018, the party suffered defeat in northern Punjab and the urban seats of Faisalabad and Multan. But it can make a comeback in northern and southern Punjab. The PTI has failed to perform well in Central Punjab.

The writer is a freelance journalist.