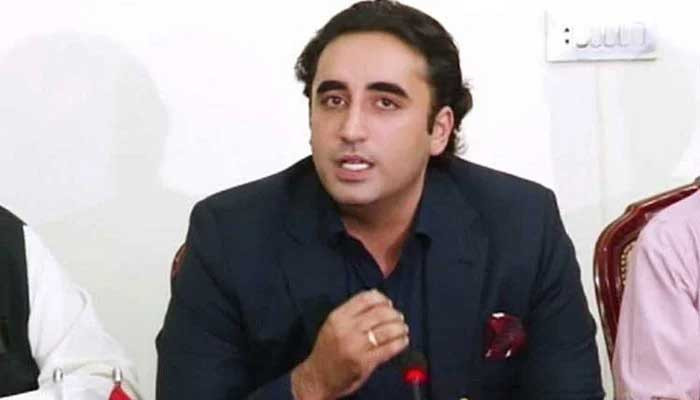 KARACHI: Chairman Pakistan People’s Party Bilawal Bhutto Zardari has said the people who have been calling the newly-passed Sindh Local Government (Amendment) Bill-2021 a black law will themselves face utter humiliation at the hands of people.

Speaking at a press conference here at the Bilawal House on Monday, the PPP chairman said they always raised the “Pakistan Zindabad” slogan while their political opponents from Karachi (MQM), whether Mustafa Kamal or Waseem Akhtar (former city mayors), had raised the slogan of “Pakistan Murdabad”.

Bilawal said that since his childhood, he had seen that their political opponents had used to commit terrorism as they (the MQM) had destroyeds the peace of the city. The MQM’s rule in Karachi only saw great bloodshed, adding the PPP restored peace to Karachi.

He said only the PPP would emerge victorious in the forthcoming local government elections in Sindh after defeating all its political rivals. Those who had termed the Sindh Local Government (Amendment) Bill a black law had themselves consulted no one in Punjab while finalising the local government system there.

He said the local government law adopted by the Sindh government was better than the municipal systems of Punjab, Khyber Pakhtunkhwa and Islamabad. He said that an ordinance had been promulgated to hold the municipal elections in Islamabad as the educational and health facilities were being taken back from the municipal agencies there. Bilawal said the Local Government (Amendment) Bill, 2021 would empower the local bodies politically and financially.

The PPP chairman stated that the Pakistan People’s Party would empower the local bodies. “Property tax will directly be given to local bodies, and when they start collecting taxes themselves, they will have the finances to help the people,” Bilawal said, adding in the coming local bodies elections, people from across the country, including Karachi, will prove that the Pakistan People’s Party is the only party that has the solution to their problems.

Bilawal said the local bodies will be strong politically too as education, health and law departments of each town would be answerable to the elected bodies. They will have to provide a report after every two weeks in this regard, he said.

Bilawal said since he was born, Mustafa Kamal and Wasim Akhtar had been reigning over Karachi. He said that he could sit with them (his opponents) if they have to offer constructive criticism. “The PPP is the only party that speaks the truth and has good intentions,” he said.

He said this historic law would soon be introduced across Sindh, adding the only reason other political parties are intervening in this matter is because they know they will lose the elections miserably.

He said it’s about time that all of the PPP’s political opponents accepted its success and growing strength. “Compare the hospitals of the Sindh government with those of other provinces,” he said, adding, “We believe in free healthcare and all our government hospitals have international standards. The facilities offered at the JPMC are compatible with those across the world. So does NICVD.” He challenged the KPK and Punjab governments to show one hospital that could be compared with the NICVD and JPMC.

Bilawal said the health card Prime Minister Imran Khan offers a limited treatment facility and will not even be able to cover the cost of one day treatment of the Covid ward, adding the PPP on the other hand was providing free heart transplants.

He said the opposition could do politics, but no one has the right to be racist. “We can take criticism if it makes sense,” he said, adding, “But now they are just playing the ethnic card.

“Sindh’s new local government law is better than the local government law of Punjab, Islamabad and Khyber Pakhtunkhwa together because Sindh has given more powers to local bodies than other provinces,” he said, adding “Neither Musharraf, nor Altaf Hussain gave anyone this power. We are empowering the elected representatives to help them generate their own revenue.”