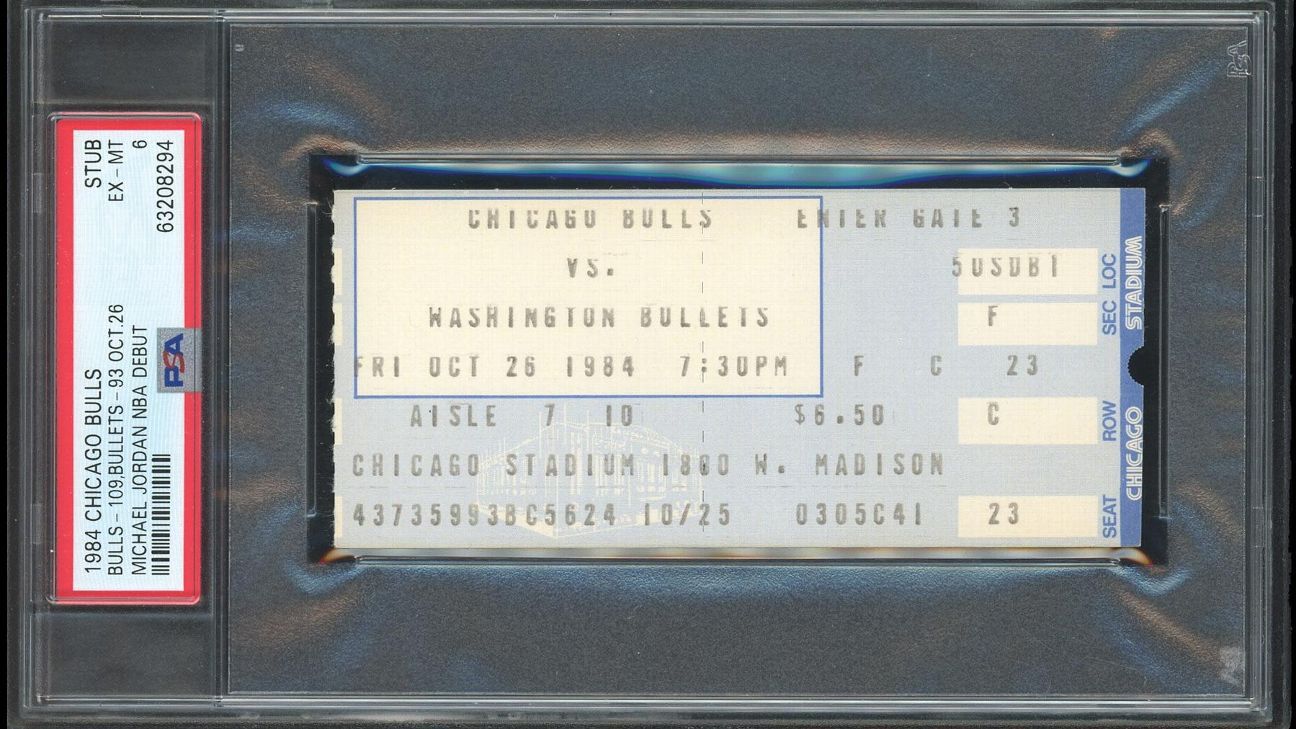 In the early hours of Friday morning, Michael Jordan posterized yet again — in the perpetually berserk world of sports cards and collectables.

The highest-graded ticket stub (bestowed with a grade of EX-MT 6 from Professional Sports Authenticator, or PSA) from Michael Jordan’s NBA debut sold for $264,000 at auction, breaking the record for most expensive collectable sports ticket ever sold.

The sale, conducted by Huggins & Scott Auctions, includes a 20% buyer’s premium. Even without said premium, the sale still would have broken the previous record, set in October when a ticket stub from Game 3 of the 1903 (and first-ever) World Series sold for $175,000 at Christie’s.

Jordan scored 16 points to go along with 6 rebounds and 7 assists. He also blocked four shots, the third most by a rookie in a team’s season opener all-time.