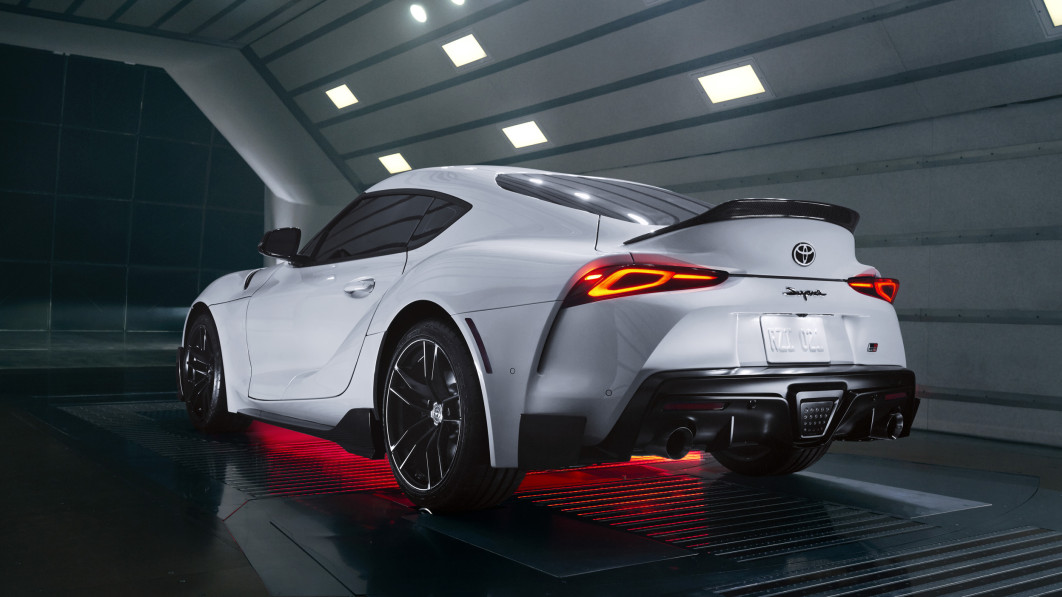 One of the continuing controversies about the revived Toyota Supra takes aim at its lack of a manual transmission. In early 2020, not long after the coupe hit the market, chief engineer Tetsuya Tada repeatedly explained that although his team had tested a manual Supra, there were three main reasons it wouldn’t be offered: The eight-speed automatic was faster and better; the automatic could handle more torque, which would reduce gearbox explosions on beastly tunes as happened on previous, tuned Supras; and the Supra needed tech spec daylight between it and the manual-equipped GR86. Manual-loving enthusiasts barely listened. The Tada line they did pay attention to was, “We are open to talking to the sales and marketing teams after everyone experiences [the automatic]. [A manual] is not totally out of the question.” So those enthusiasts kept griping about the manual omission. And Tada, being a man of his word, has potentially delivered. According to The Drive, a six-speed manual Supra is on the way, perhaps as soon as this year.

By August of last year there were rumors in Japan that Toyota was preparing a six-speed manual for the Supra. It wasn’t clear if the stick would be served up on the base 2.0-liter four-cylinder model or the inline-six cylinder; BMW offers a manual with the Supra’s Z4 roadster sibling only on the 2.0-liter-powered sDrive20i. Yet the gearbox rumor came with another rumor that there’d be a special GRMN Supra using the BMW S58 engine in the M3 and M4, a 3.0-liter six-cylinder mated to a six-speed transmission at a reduced tune of 437 hp and 442 pound-feet of torque.

The finer details still live in the dark, but “a source from inside Toyota’s dealer network” is said to have told The Drive that Toyota showed a prototype manual transmission Supra at the same Las Vegas dealer event last year where the automaker showed the coming GR Corolla. That source says the row-your-own Supra is confirmed, its arrival date expected to be this year, but uncertain exactly when. And no matter what happens with the 2.0-liter, the gearbox will be available with the inline-six.