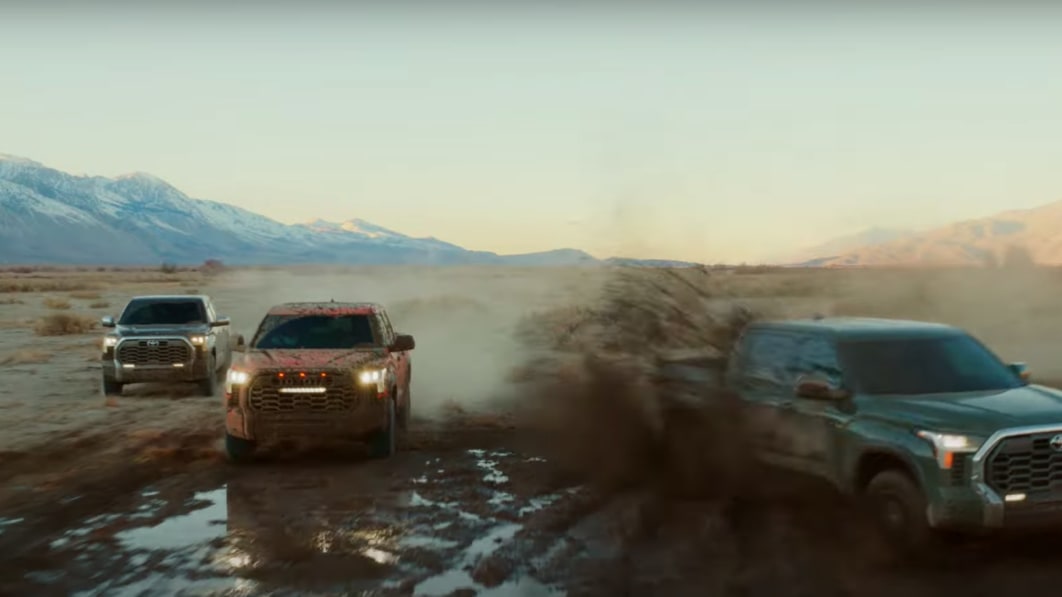 As you might have heard, there’s a sports contest coming up this weekend, something about Stellantis pickup trucks from Los Angeles versus Buick concept cars from Cincinnati. Toyota will have not one, but two ads during the game, with completely different tones. One’s a serious heartstring tugger about a Paralympic athlete’s triumph over adversity. The other’s just a goofy romp with celebrities racing new Tundras.

In “Brothers,” we follow the lives of real-life Paralympic gold medalists Brian and Robin McKeever. In flashbacks, the siblings train to become cross-country skiers as they grow up in Canada. At age 19 Brian develops Stargardt Macular Degeneration, a disease that takes away his vision. However, he perseveres with the help of Robin, who acts as a guide calling out directions for Brian as he skis the same course a few steps behind his brother.

The McKeevers have won seven gold medals, two silvers, and one bronze, making them the most decorated Winter Paralympians in Canada, according to Toyota. The ad is extremely light on cars, but we do get to see a classic first-generation Celica almost entirely obscured by snow, as well as a fifth-generation Toyota pickup lurking the background. Toyota is a supporter of many Paralympic athletes, and recently auctioned off a pair of Tundras to raise money for them.

The second ad has yet to be released, with Toyota releasing three teasers featuring three of their stars, all with the surname Jones. In the first, Tommy Lee Jones sits behind the wheel of a Tundra SR5 TRD on a lonely desert road, seemingly quite satisfied with his license plate, a Texas one that reads “#1JONES”. An unseen driver in an orange Tundra TRD Pro pulls up beside him. It also has the license plate “#1JONES” but it’s from New York. Engines rev, Jones shifts the 10-speed automatic into manual mode, and cut to title card before the action begins.

The second teaser is filmed from the TRD Pro driver’s point of view, revealing comedian Leslie Jones. Much of the same footage is used, but this time the former SNL cast member says, “I’m about to make a grown man cry,” as she revs the 3.5-liter turbo V6.

In the last teaser, Joneses Tommy Lee and Leslie are in the midst of their full-on race. A third Tundra SR5 TRD joins the fray, this time with a California “#1JONES” license plate. It’s Rashida Jones, throwing mud on Leslie’s TRD Pro as she pulls ahead.

The soundtrack of “It’s Not Unusual” by, yes, Tom Jones, it’s clear that this ad will have a more humorous bent, and the trucks are place front and center. There’s a lot potential here, given that there are almost as many variations of the 2022 Tundra as there are celebrities named Jones. Toyota may have missed an opportunity to get Spike Jonze in a base SR, James Earl in a blacked out Limited with a light saber rack, or perhaps Catherine Zeta in a Platinum and January in a Capstone for a seven-way race. Toyota says the full ad will be revealed during the football match itself on February 13.