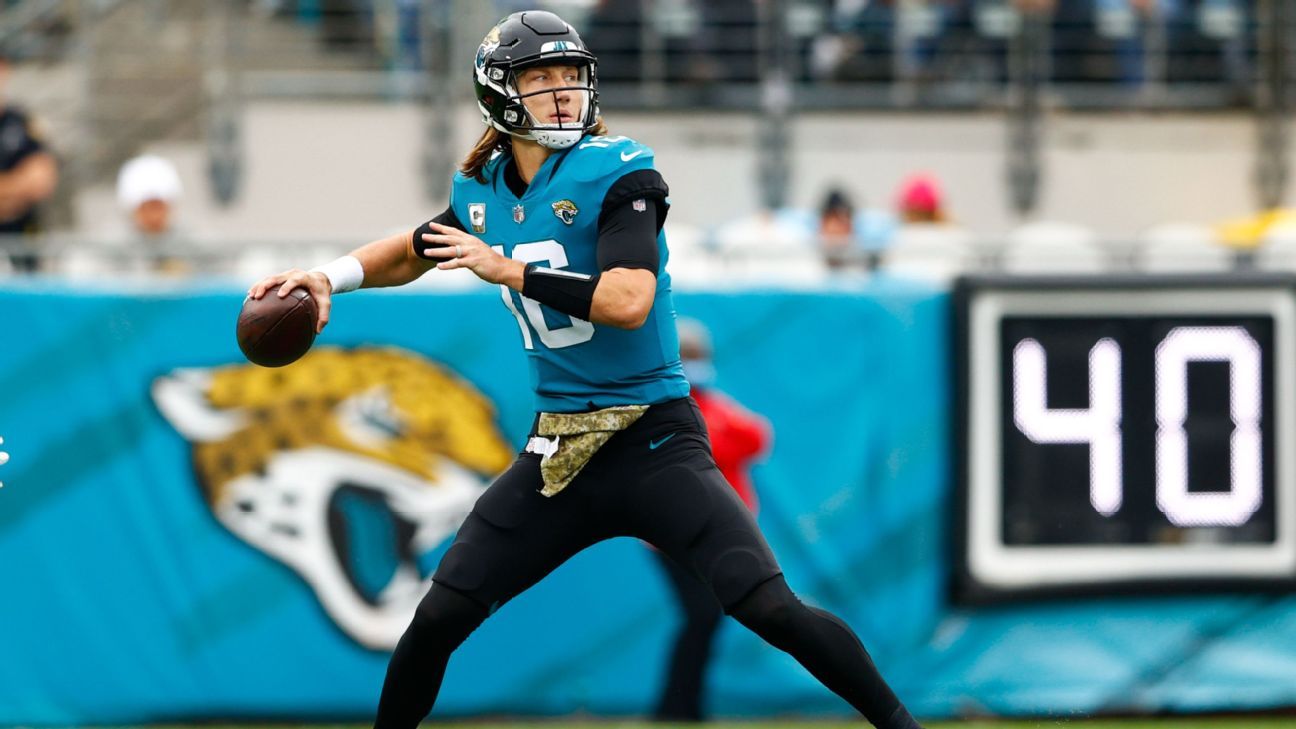 JACKSONVILLE, Fla. — If the Jaguars are going to turn things around and start winning games and competing for the playoffs, the drama that has engulfed the franchise has to stop. That’s from the most important person on the roster: quarterback Trevor Lawrence.

“You’re always going to have some form of drama. I’ve learned that the NFL is just more drama in general than college, no matter where you’re at,” Lawrence said Wednesday. “But you’re right. There’s been a lot. To your point, I do think that has to change and that’s something that we need to work on for sure.

“So you can’t always be in the headlines. You just got to go play football and that’s where we’re trying to get and I have no doubt we’ll get there, but for sure [it has to change].”

Nearly all of the drama has revolved around head coach Urban Meyer. It ramped up last weekend after an NFL Network report that receiver Marvin Jones Jr. yelled at Meyer and left the facility for a bit and that Meyer called his assistant coaches losers during a meeting. Meyer denied the report following Sunday’s 20-0 loss at Tennessee, but that has been far from the only instance of drama since the season started.

Meyer was caught on video behaving inappropriately with a woman who wasn’t his wife at his restaurant in Columbus, Ohio, in the days after the team’s loss in Cincinnati on a Thursday night. There is tension between Meyer and his assistant coaches. At certain times, Meyer has not realized which players are on the field. And there was the James Robinson fiasco: He was benched for 19 and 20 plays, respectively, in consecutive weeks after a pair of fumbles, and Meyer said he didn’t realize how long Robinson was on the bench and that it was best to ask running backs coach Bernie Parmalee.

Before the season there was the hiring and quick resignation of director of sports performance Chris Doyle (who reached a separation agreement with Iowa in the wake of allegations that he made racist comments and bullied Black players), the signing of Tim Tebow, the faux competition between Lawrence and Gardner Minshew II for the starting job, and the NFLPA saying it would investigate Meyer and general manager Trent Baalke after Meyer said vaccination status was one of the things they considered when making final cuts.

Add in the fact that the Jaguars’ offense has been terrible since the bye week — averaging 9.1 points per game — despite having a generational talent in Lawrence, and it only heightens the adversity.

Lawrence’s comment Wednesday is the second time he’s responded publicly to the upheaval. He said last week, after Robinson’s second benching, that the running back needs to be on the field as much as possible because he’s one of the team’s best players.

Lawrence said it’s just part of him growing into his leadership role as a 22-year-old rookie.

“Obviously there’s been a lot of drama,” he said as the Jaguars (2-11) began preparations for Sunday’s home game against Houston (2-11). “Like, whatever has caused everything, who even knows at this point, but there’s been a lot of drama and for me I think it’s important to be truthful. But with that, you can’t say everything that’s on your mind. You have to have a filter and you’ve got to be careful.

“I have a lot of appreciation for all those guys in there that’ve been working to try to get this thing right and it hasn’t been easy. So I have a lot of appreciation for the players, for the coaches, for everybody. … Obviously you can’t, like I said, always say exactly what’s on your mind, but the truth is in there somewhere always with me, so that’s what I try to do.”

Jones tried to diffuse some of the tension earlier Wednesday when he downplayed the incident with Meyer that he said happened 2½ weeks ago after he grew upset with the coach’s criticism of the receivers — specifically that they struggle to win one-on-one matchups and don’t gain enough separation.

“There was something that was brought to my attention that I didn’t like too well,” Jones said. “I approached him about it and we talked and we handled it like grown men. And that’s all I have to say about that.

“… When you lose, you’re always going to be the center of attention in a negative way. That just is what it is.”