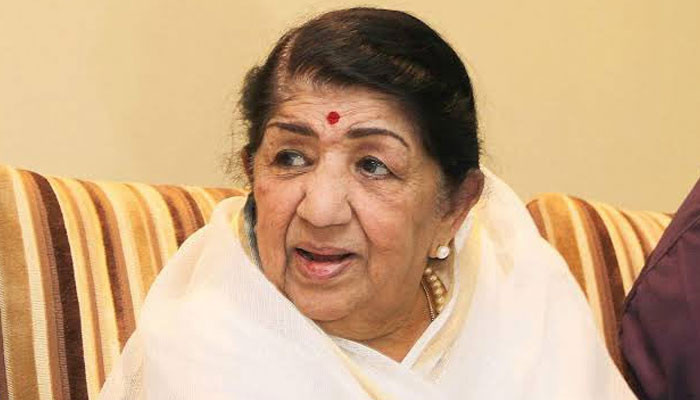 Bollywood superstar Lata Mangeshkar, known as the “Nightingale of India” was admitted to the hospital after testing positive for Covid-19 on January 8 for treatment. She was on the ventilator and passed away at the age of 92 due to multi-organ failure on Sunday morning.

As soon as the news of her sad demise was announced, people from all walks of life, including Pakistani and Indian leaders and celebrities turned to social media to pay tribute to the veteran singer.

Expressing his grief and sorrow over the demise of Lata Mangeshkar, Federal Minister for Information and Broadcasting Fawad Chaudhry Sunday said that her death is an end of the music era.

Taking to Twitter, Fawad Chaudhry said that Lata ruled the world of music for decades and the magic of her voice will live on forever.

He said wherever Urdu is spoken and understood, there were admirers of Lata Mangeshkar.

“A legend is no more, #LataMangeshkar was a melodious queen who ruled the world of music for decades,” he wrote.

He said that her voice will keep ruling the hearts of people for all times to come.

Meanwhile, Pakistan Cricket Board (PCB) Chairman Ramiz Raja also expressed his grief over her death. Paying tribute to Lata, Ramiz Raja said, “Lata Mangeshkar was the epitome of grace, humility and simplicity and therefore greatness.. a lesson for all.”

He maintained “Kishore Kumar and now her death has left me music broken!”

Pakistan skipper Babar Azam, while heaping praises for the singer’s melodious voice, wrote, ”Her magical voice and legacy will continue to live in the hearts of millions worldwide. An unparalleled icon!”

Extending his condolences to the family, friends and fans of Lata Mangeshkar, Indian National Congress leader Rahul Gandhi said, ”Received the sad news of Lata Mangeshkar ji’s demise. She remained the most beloved voice of India for many decades.”

“Her golden voice is immortal and will continue to echo in the hearts of her fans,” he added.

In his message, Indian Prime Minister Narendra Modi said, “I consider it my honour that I have always received immense affection from Lata Didi. My interactions with her will remain unforgettable.”

“I grieve with my fellow Indians on the passing away of Lata Didi. Spoke to her family and expressed condolences,” he added.