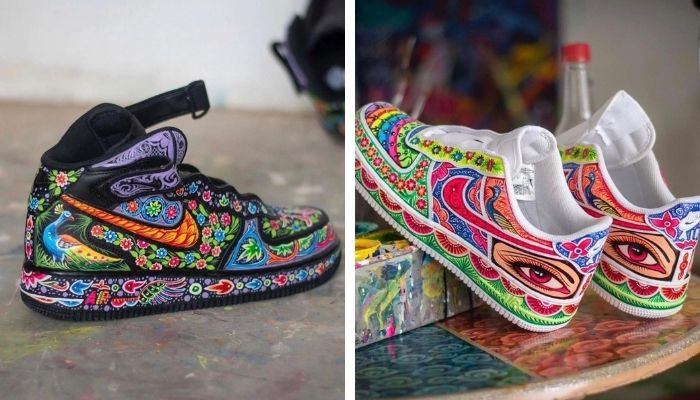 Haider Ali, a 41-year-old Karachi-based artist, told Geo News that while truck art is a unique style of art that his admirers respect, he is continually attempting to innovate in his work.

“I have tried my hands on practically every element, from painting roundabouts, canvas, walls, to shrines and temples,” said Ali while talking about his extensive work.

When Ali initially displayed his truck art abilities in the United States in 2002, people referred to it as “magical,”, he said.

“They referred to my vehicle as “Aladin’s magical carpet,” and whatnot.

The form of art they had never seen before completely astonished them, “Ali said.

Ali explained that while he works for a living, painting is also his passion, and he puts his heart and soul into every piece he creates.

According to Ali, even though he has travelled the world representing Pakistan, giving workshops, and painting in museums, he has always preferred to stay in Pakistan since Pakistan has given him this “identity” (Pehchaan) and the art is pure Pakistani.

Ali first earned international recognition in 2002, when he worked for the Smithsonian Institution on the first authentic Pakistani vehicle in North America. He has displayed his artwork at museums and organisations all around the world since then.

His work on Murals, structures, benches, and vehicles in the distinctive truck art style of Pakistan have been displayed domestically and internationally, notably in the United States, the United Kingdom, and India.