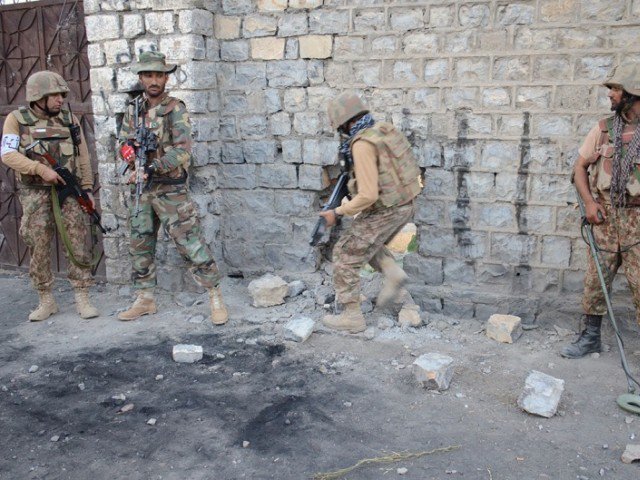 Two of Pakistan’s most wanted terrorists were killed in the Kolachi district of Dera Ismail Khan during a combined operation by the Pakistan Army and intelligence services.

According to details, the terrorists killed – Khalil and Ahsan aka Deva — were involved in improvised explosive device (IED) attacks, extortion, and attacks against polio teams.

On the basis of a tip, the operation was carried out between April 15 and 16. Khalil was a specialist at creating suicide vests and landmines built locally. Two machine guns and four hand grenades were also discovered in the terrorists’ possession.

The terrorists were responsible for a variety of terrorist acts, including the April 11 martyrdom of five police officers.

“Four vehicles were on patrol in the vicinity at the time of the incident, and SHO and DSP were also with them,” he said.

“The terrorists opened fire on the vehicles and utilised RPG-7 shoulder-fired rockets, causing one mobile to catch fire, killing five police officers.” “Some were killed by fire,” he added.

The fallen police officers’ final rites were performed with a full guard of honour at police lines in DI Khan. The coffins were then taken to the ancestral cemeteries to be buried.