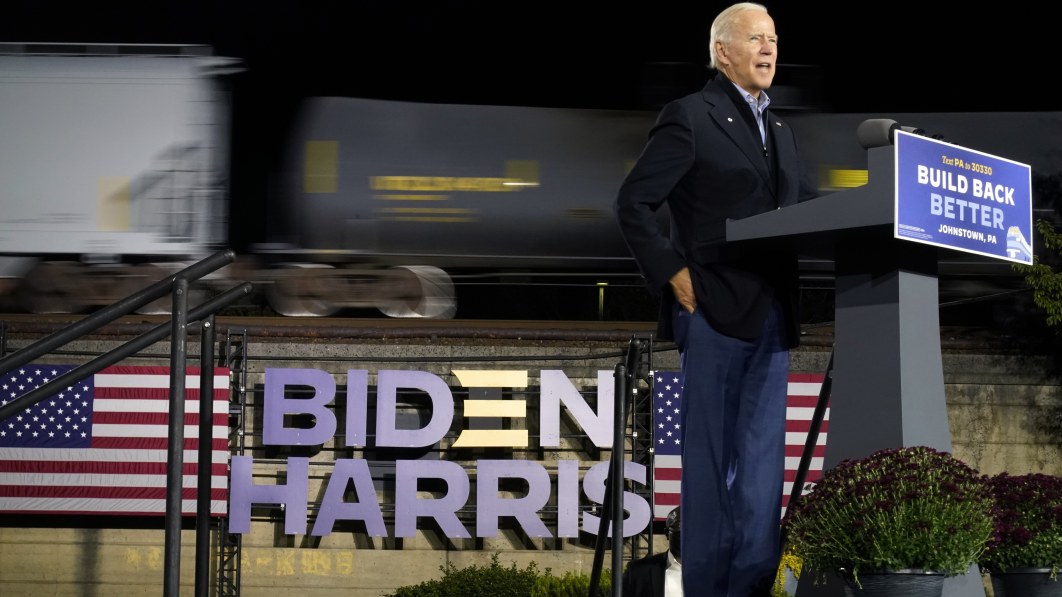 WASHINGTON — Major U.S. railroads and unions secured a tentative deal after 20 hours of intense talks brokered by the Biden administration to avert a rail shutdown that could have hit food and fuel supplies across the country and beyond.

If they accept the deal, workers whose pay had been frozen will win double-digit increases and exceptions to employer attendance polices that will allow them to seek certain types of medical care without fear of being punished, union leaders said. The agreement includes an immediate 14.1% wage rise, the railroads said.

U.S. President Joe Biden announced the deal early on Thursday morning, calling it “a win for tens of thousands of rail workers who worked tirelessly through the pandemic to ensure that America’s families and communities got deliveries of what have kept us going during these difficult years.”

Unions will now vote on the agreement. Even if those votes fail, a rail shutdown that could have happened as soon as midnight Friday has been averted for several weeks due to the standard language included in such a deal, a person familiar with the negotiations said.

A rail shutdown could have frozen almost 30% of U.S. cargo shipments by weight, stoked inflation, cost the U.S. economy as much as $2 billion per day and unleashed a cascade of transport woes affecting the U.S. energy, agriculture, manufacturing, healthcare and retail sectors.

The impact would have stretched beyond U.S. borders because trains link the United States to Canada and Mexico and provide vital connections to massive ships that ferry goods from around the globe.

Shares of Union Pacific and CSX were up between 1.8% and 3% in pre-market trading. U.S. natural gas futures dropped about 6% after soaring 10% in the prior session. Investors expect a rail strike would threaten coal supplies to power plants and boost demand for gas.

Negotiations between the companies and a dozen unions had stretched for more than two years, leading Biden to appoint an emergency board to help break the impasse.

Biden himself called Labor Secretary Marty Walsh and negotiators around 9 p.m. on Wednesday and told them “once again to recognize the harm” that the failure to reach a deal would have on families, farmers and businesses, according to a person aware of the negotiations.

Failing to reach a deal before the deadline of one minute after midnight on Friday would have cleared the way for workers to legally strike.

Amtrak, which runs passenger rail, said it was working to restore services after cancelling long-distance trains on Thursday in anticipation of a strike.

National Retail Federation CEO Matthew Shay thanked the Biden administration for intervening, adding in a statement that his group is “relieved and cautiously optimistic.”

Freight railroads had halted transportation of hazardous goods, including chlorine for water purification and ammonia for fertilizer, as well as shipments of refrigerated food and other goods that use rail and at least one other mode of transport. Their goal was to prevent cargo from being stranded in unsafe locations.

The railroad industry slashed almost 30% of its workforce over the last six years, cutting pay and other costs as they increased profits, stock buybacks and dividends for investors. Profits at billionaire Warren Buffett’s Berkshire Hathaway, which owns BNSF, rose 9.2% in the most recent quarter to $1.7 billion.

The number of U.S. railway workers has dropped from over 600,000 in 1970 to about 150,000 in 2022, according to the Bureau of Labor Statistics, due technology and cost-cutting. The result is that many industry workers are on call at all hours, waiting to respond at short notice to work for days at a time.

Biden, who has called himself the most union-friendly president in history and attacked companies for raking in “excessive” profits, praised a deal he said would give workers “better pay, improved working conditions, and peace of mind around their health care costs.”

The president is not yet out of the woods when it comes to supply-chain labor issues. Some 22,000 union workers at 29 West Coast ports that handle almost 40% of U.S. imports are also in high-stakes labor contract negotiations.

Administration officials want the disputes resolved ahead of November’s midterm elections for control of Congress.

Senior congressional leaders had threatened to pass legislation imposing a resolution on the railroads and unions if the negotiations were not successful.

U.S. House Speaker Nancy Pelosi praised the tentative agreement and said that Congress was “ready to act” but that “thankfully this action may not be necessary.”