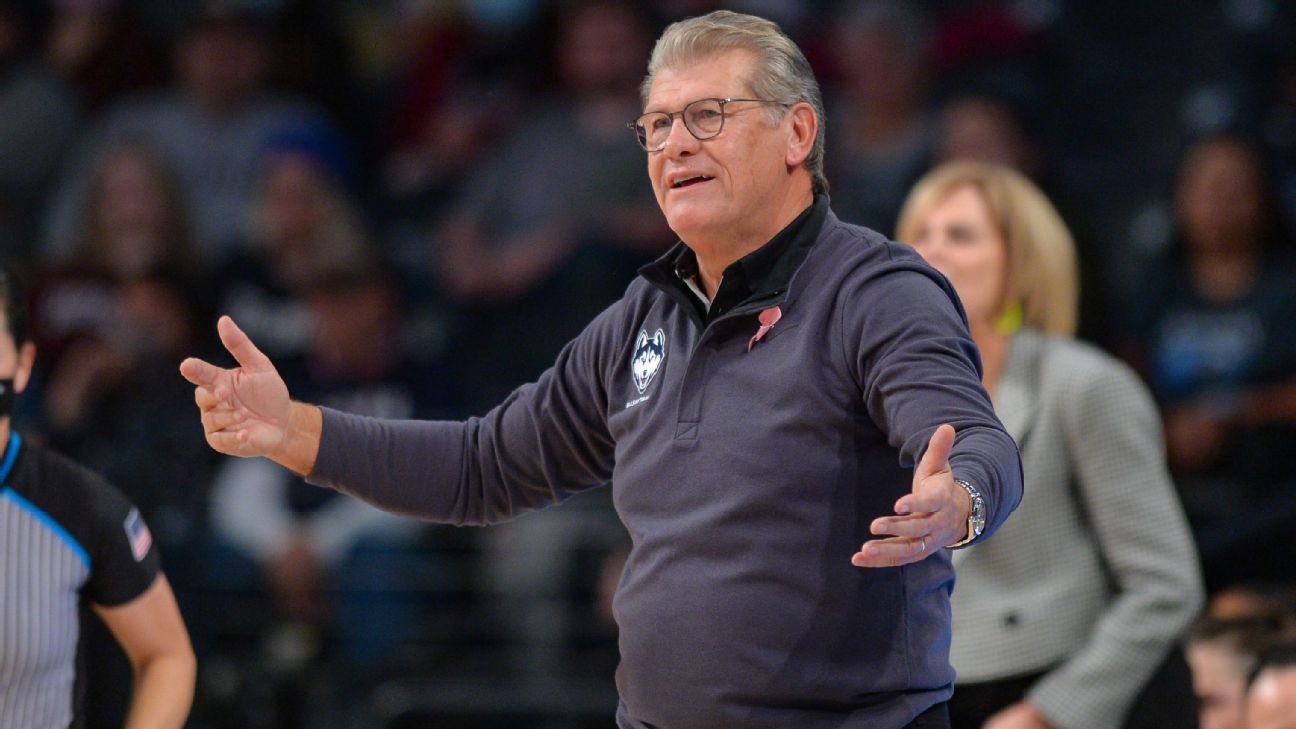 UConn dropped four spots to No. 7 in the women’s AP Top 25 released Monday, its lowest ranking in 14 years, after losing its first game against an unranked team since 2012.

The Huskies fell to Georgia Tech last week in its first game without sophomore star Paige Bueckers, who is sidelined for at least six weeks with a tibial plateau fracture in her left knee. The Huskies have not been ranked this low since Jan. 22, 2007, when they were also seventh.

South Carolina remained the unanimous top choice after holding off then-No. 8 Maryland on Sunday. The Gamecocks received all 30 votes from a national media panel and have now beaten four teams that were ranked in the top 10 this season. The Gamecocks visit No. 15 Duke on Wednesday.

NC State was again second in the poll, followed by Stanford, Arizona and Baylor. The Wildcats now have their best ranking ever at No. 4.

Louisville moved up to No. 6, just ahead of UConn, and the two teams will play Sunday in the Hall of Fame Showcase. Baylor will face Michigan in the other game at the event held in Connecticut; that contest will be a rematch of last season’s NCAA tournament Sweet 16 matchup that the Bears won in overtime.

Despite their loss to Georgia Tech, the Huskies kept alive their incredible streak dating back to 1993 of not losing consecutive games by rallying to beat UCLA over the weekend. Georgia Tech returned to the poll at No. 18 after its 57-44 win over UConn.

Tennessee was tied with UConn at No. 7. Maryland and Indiana rounded out the top 10.

No. 25 North Carolina (9-0) entered the poll this week for the first time since the preseason poll in 2015. The Tar Heels are one of 10 unbeaten teams left in women’s college basketball. They have been blowing past many of their opponents, although they haven’t faced a Top 25 team yet. Coach Courtney Banghart’s team’s first chance at a ranked opponent comes on Jan. 6 against NC State.

“When I took this job I knew this was a program that could be nationally prominent consistently,” Banghart said. “As we’re in pursuit of winning a national championship this is a step in the right direction.”

The Tar Heels bumped Colorado out of the poll one week after the Buffaloes entered the rankings. North Carolina edged Colorado and Oklahoma by one point to secure the final spot in the Top 25 this week. Oregon State also fell out.

GAME OF THE WEEK

Stanford at Tennessee, Saturday. The Cardinal will fly across the country to face the rival Lady Vols in a top 10 showdown. Stanford, which will also play at South Carolina three days later, has already played four games against ranked teams.