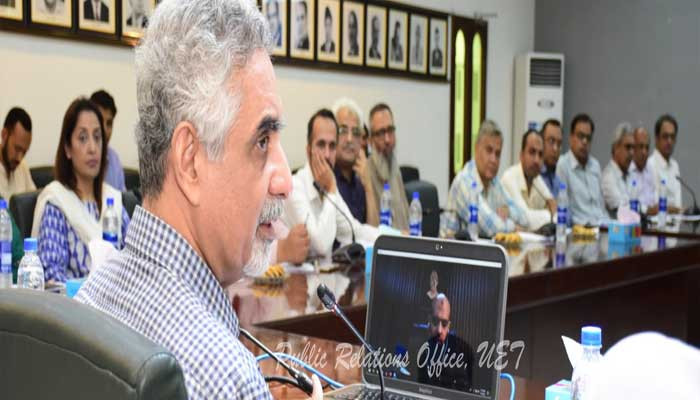 LAHORE: The UET Syndicate in its recent meeting chaired by UET VC Prof Dr Syed Mansoor Sarwar, approved various recommendations of the Finance and Planning Committee, including the enhanced salary package of TTS Faculty and Vice Chancellor while it also took decisions on different disciplinary cases against the university teachers and staff.

According to a press release the Syndicate also decided the removal of five teachers from service due to their willful absence from duty after personal hearings in response to show-cause notices issued under PEEDA Act 2006. One teacher was censured and resignations of three teachers were accepted subject to payment of due amounts.

Considering the orders of the Chancellor/Governor Punjab in appeals of two teachers, the Syndicate approved to conduct De Novo Inquiries under PEEDA Act. After personal hearing of a Deputy Registrar in response to show-cause notice, the Syndicate decided to conduct De Novo Inquiry against him under PEEDA Act 2006 and authorized the Vice-Chancellor to constitute inquiry committees in said inquiries.