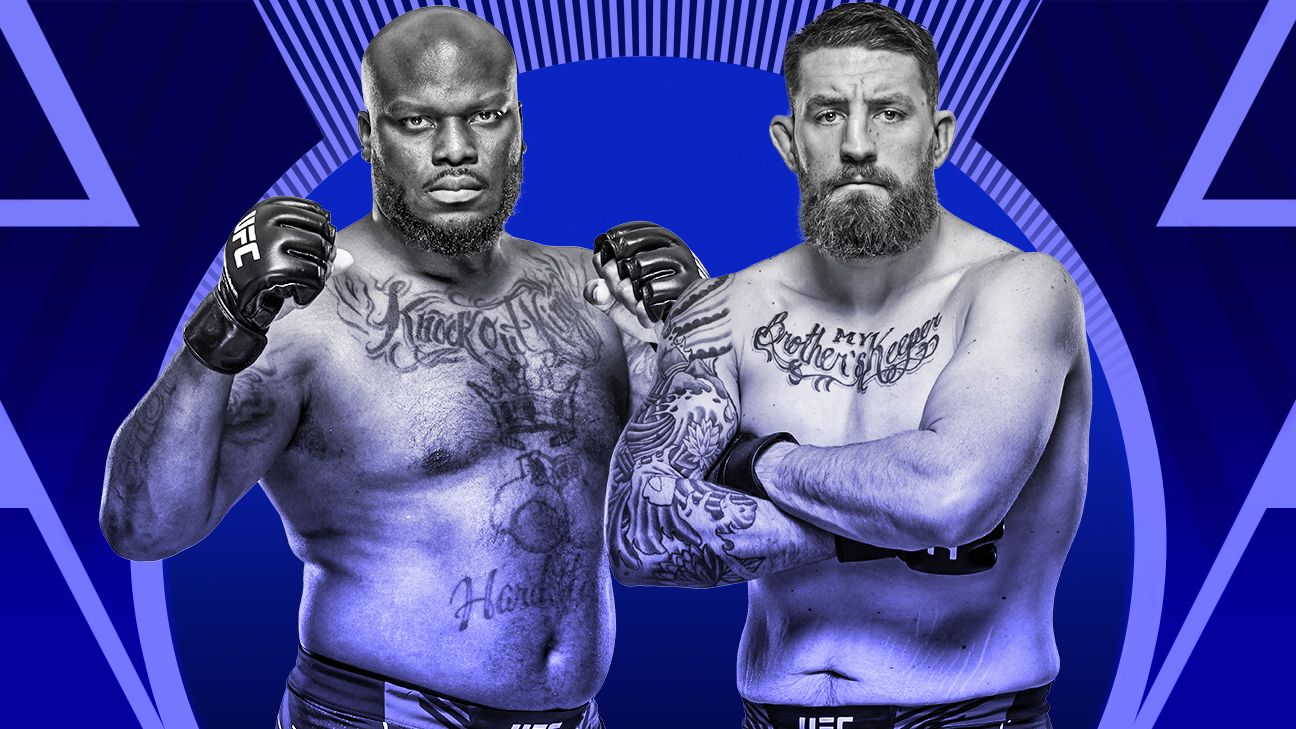 We have reached the finish line of another remarkable year for the UFC. According to Dana White, 2021 was the most lucrative year in the history of the company.

Saturday’s UFC Fight Night inside the Apex will be tasked with putting a bow on this very memorable year. And as we all know, a “perfect ending” can be a hard thing to pull off. Movies, television sitcoms, professional sporting seasons — they don’t always nail it. So, did the UFC nail its 2021 finale?

On its face, a heavyweight main event between Derrick Lewis and Chris Daukaus is not the most scintillating headliner to conclude 2021. But I will say this: What this fight does is offer one of the most popular fighters in the game, Lewis, a shot at redemption before the calendar year turns over.

In a battle of top-10 heavyweights, Derrick Lewis returns from an unsuccessful bid for an interim championship to take on rising contender Chris Daukaus.

Lewis (25-8) last fought in August, when he was knocked out by Ciryl Gane at UFC 265. That fight was for an interim heavyweight championship, and it took place in Houston, Lewis’ hometown. He also revealed, just this week, that the fight took place 13 years to the day from his release from prison when he was 23 years old, before MMA changed his life.

I remember being in Houston for UFC 265 and seeing how Lewis dealt with the pressure he had placed on his shoulders for that fight. For a guy who has always said he is not in this sport to be the best, and who has put his skills down more than he’s talked himself up, it was obvious how much Lewis wanted that win. He wanted it for his city, for his family — and I think very much for himself, too.

A loss is always a tough pill to swallow. But most fighters will tell you that losing is made much worse when you feel you didn’t compete at your best. And that’s how Lewis feels about that title fight. He acknowledged this week that the pressure got to him. He had a game plan to deal with Gane’s unique style, he said, but he didn’t execute any of it once he got in the cage.

Lewis is one of the most lovable figures in the sport because he’s honest, forthcoming, funny and relatable (and, of course, because he hits like a ton of bricks). It’s not hard for anyone to relate to Lewis’ experience in his last fight. The moment and the pressure had an impact on him. He wants to move on from it. He actually wanted this Daukaus fight much sooner than the date it was booked.

The stakes aren’t nearly as high for Lewis on Saturday as they were in his last fight, but after his frustrating experience in his hometown four months ago, you can see what this one means to him.

Watch UFC Fight Night: Lewis vs. Daukaus on Saturday on ESPN+. The main card starts at 7 p.m. ET with prelims at 4 p.m.

12 UFC knockouts for Lewis: That ties him with Vitor Belfort and Matt Brown for the most in UFC history. Four of the KOs have come with Lewis as a betting underdog, including when he was at +350 earlier this year against Curtis Blaydes. Lewis is a +120 underdog for Saturday.

4 UFC knockouts for Daukaus: He has fought only four times in the UFC — all knockouts, three in the first round. Daukaus is seeking to become just the fourth fighter to start a UFC career with five consecutive knockouts; he would be joining Don Frye, Junior dos Santos and Ricco Rodriguez. 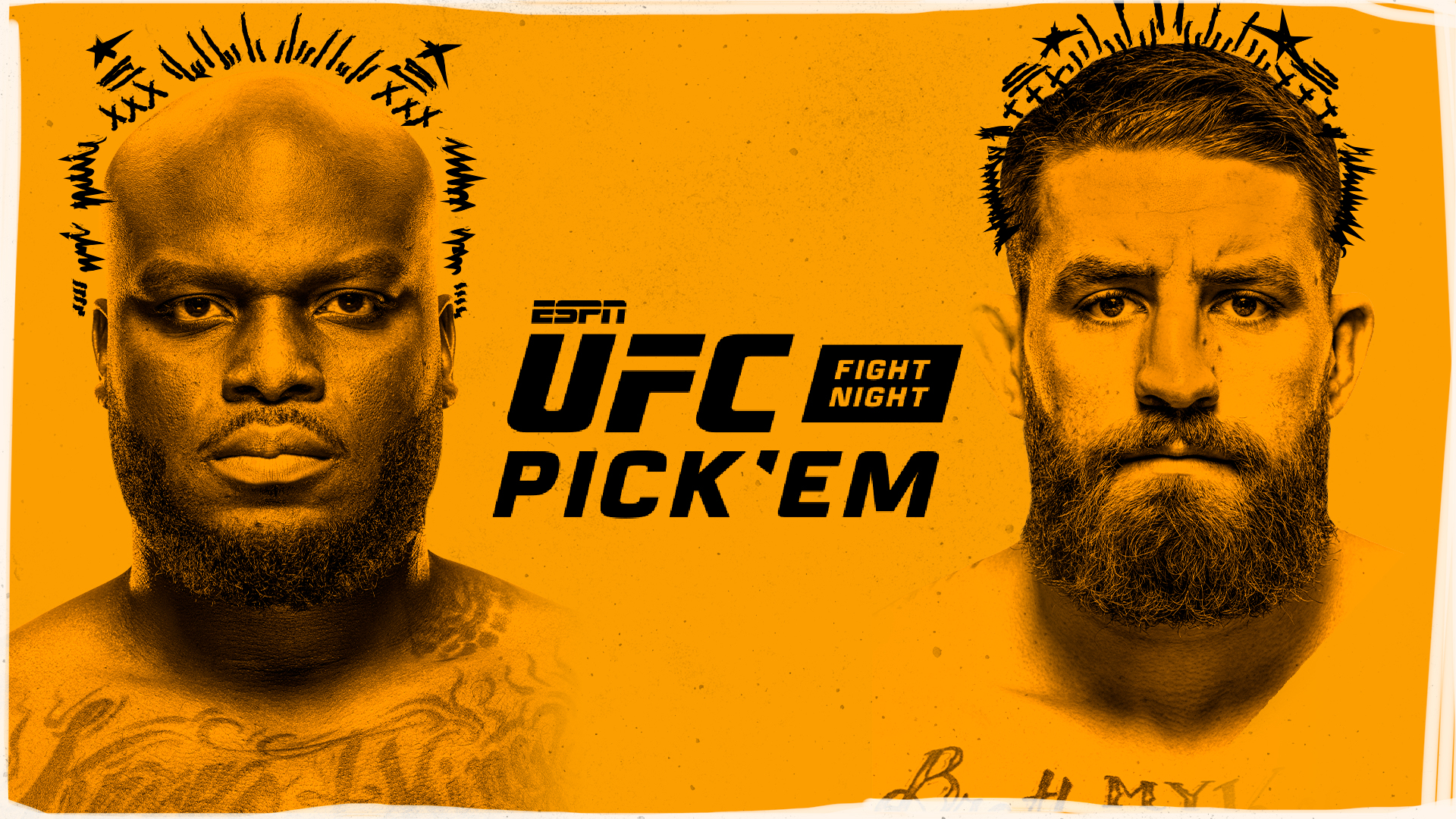 Play for a chance to win a streaming of UFC 270 for FREE! Make Your Picks

“I think this Daukaus kid is about 235, 240 pounds on weigh-in day. Lewis is cutting to 265. You can have anywhere between a 30- to 45-pound difference of weight on fight night,” said Eric Nicksick, coach at Xtreme Couture MMA in Las Vegas. “I feel like when Lewis is on top of people, he’s decimated dudes. A lot of his finishes are top-side ground-and-pound TKOs. So I think Lewis getting on top could be an X-factor. I don’t know if Derrick will come out and wrestle, but if he’s throwing an overhand, can step into a body lock, get into an entanglement and end up on top, it’s not a bad thing for him.”

Check out how Nicksick and other experts break down the main event and predict a winner.

Don’t forget to stick around after the main event …

Derrick Lewis doesn’t realize he’s being interviewed by Paul Felder and tells the crew member backstage he needs to use the restroom.

Monday through Friday, host Pablo Torre brings you an inside look at the most interesting stories at ESPN, as told by the top reporters and insiders on the planet. Listen

Derrick Lewis vs. Chris Daukaus: Riding a five-fight winning street, all by TKO/KO, Daukaus will be getting his stiffest competition to date. Lewis, a knockout artist in his own right, is coming off of a loss to Ciryl Gane in an interim title bout in August. In order to get back on track, Lewis is going to have to avoid an early onslaught by Daukaus, then land his own big right hand. Both men will be looking to make a statement, and with both possessing extreme knockout power, I don’t see this fight making it past the second round. Pick: Daukaus or Lewis in under 2.5 rounds.

How to watch the fights

Stream the main card and prelims on ESPN: Download the ESPN App

Don’t have ESPN+? Get it here.

1. Stephen Thompson competes in the co-main event against Belal Muhammad, who is unbeaten in his last six fights (5-0, 1 NC). “Wonderboy” has 10 knockdowns in his UFC career, tied for the third most in welterweight history.

2. Amanda Lemos is a -400 favorite to extend her win streak to five in her strawweight fight with Angela Hill. With a victory, Lemos would join Carla Esparza and Tatiana Suarez with the longest active win streak in the division. For Hill, this fight is her 19th in the UFC, leaving her just one behind Jessica Andrade for most among women fighters.

3. Raphael Assunção has lost his last three fights entering a bantamweight bout against Ricky Simón, who has won three in a row. Assunção has 11 UFC wins, tied for the second most in division history, one behind TJ Dillashaw.

4. Two featherweight greats will meet in the main card opener: Cub Swanson vs. Darren Elkins. Swanson has 12 UFC wins at featherweight, the third most in division history. The fighter above him? Elkins, who has 15 wins at 145 pounds. The all-time leader is Max Holloway, who has 18.

5. Entering the final UFC event of 2021, 13 fighters have completed the year with a 3-0 record, but they can be joined by some others on this card who are 2-0. That list includes Chris Daukaus, Muhammad, Lemos, Simón, Mateusz Gamrot and Gerald Meerschaert.