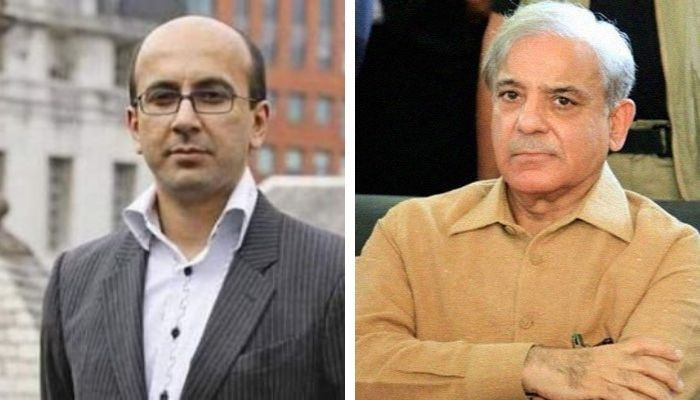 LONDON: Court papers related to the National Crime Agency’s money-laundering investigation into Shehbaz Sharif and his son Suleman Sharif has revealed that Aneel Mussarat, a Pakistan Tehreek-e-Insaf (PTI) donor and friend of Prime Minister Imran Khan, bought a property in London on behalf of Sharif and also helped him buy two others while they were close friends.

Sharif’s lawyers told the NCA that Mussarat purchased Flat 2, 30 Upper Berkeley Street, London, in 2005 on behalf of their client. The NCA was also told that Mussarat bought the Berkeley Street property at an auction for Sharif and made the payment in order to meet the strict time limits that apply in the case of an auctioned property.

Mussarat made a payment of £40,000 in 2007 for the purchases of Shehbaz Sharif’s Richbourne Court flat on Edgware Road, which is currently under the use of Suleman and his family.

Aneel Mussarat also made a payment of around £230,000 in 2009 to Shehbaz to help him buy a flat in London’s Canary Wharf area. Sharif’s lawyers provided evidence to the NCA showing that all three loans were returned to Mussarat on time.

The lawyers told the NCA: “Mr Mussarat is a businessman of very significant wealth, which has been generated through his property business. He is a family friend of Shehbaz Sharif and in 2005 agreed to assist him in the purchase at Upper Berkeley Street.”

Mussarat’s name is mentioned in several places in the file in relation to the business he conducted with Shehbaz Sharif. Interestingly, Pakistan’s Assets Recovery Unit (ARU) forwarded a NAB document to the NCA alleging that Sharif had failed to satisfy Pakistani authorities about the source of funds used to buy four London assets starting from 2005.

The document provided by ARU told the NCA that “during the course of investigation, Mian Muhammad Shehbaz Sharif could not provide the documents of bank loan/mortgage against the said foreign assets.”

The NCA had obtained Assets Freezing Orders (AFO) from the Westminster Magistrates’ Court as part of the Frozen Funds Investigation in December 2019 to investigate Shehbaz Sharif for running a money-laundering scheme with the help of his son, Suleman Shehbaz Sharif.

The agency was acting on the suspicions that both Zulfikar Ahmed and Aneel Mussarat were front men for the Sharifs’ money laundering scheme. The NCA had alleged that Shehbaz sold his flat and shifted money to Suleman’s account, which represented money-laundering and criminal misconduct in public office, as it was believed that, based on ARU’s allegations, the funds in the UK were proceeds of criminal conduct in Pakistan by the Sharifs.

When the NCA stated that it intends to question Aneel Mussarat about his role in the purchase of the properties, Shehbaz Sharif’s lawyer expressed concern.The lawyers told the NCA that Aneel Mussarat was now “closely aligned to the government of Imran Khan and to Imran Khan personally” and that the defence lawyers had “provided the NCA with cogent evidence that investigations into the Sharif family are politically motivated in alignment with the interests of the current government of Imran Khan.” This is why Sharif’s lawyers held that Mussarat should not know about the on-going investigation. They also told the NCA that the friendship between Mussarat and Sharif ended in 2012.

Sharif’s lawyers told the court that he was in exile in 2005 when he bought the Berkeley Street flat. Their lawyers told the NCA that: “Given the allegations that underpin the Account Freezing Orders (AFOs) allege, amongst other things, the misuse by Shehbaz Sharif of his political position in Pakistan to create unjust enrichment, it is important to note that he held limited political roles prior to the military coup in 1999 and did not return to public office until 2008 – some years after the purchase in Upper Berkeley Street.

It may be thought unlikely that Shehbaz Sharif would return to Pakistan in 2004 to a brutal military dictatorship if there were any likelihood that he would face corruption allegations.

While recognising the NCA’s right to pursue all reasonable lines of enquiry in its frozen funds investigation, we expect it to apply proportionality in its efforts to establish the facts regarding a property purchase that took place 15 years ago.”

In May 2020, the NCA had asked for “additional consent” of both Shehbaz and Suleman to access conveyance material (act of transferring property from one party to another) and the Barclays Bank mortgage arrangement.

The NCA also sought “an explanation and supporting documents for the £59,993 contributed towards the purchase of this property in May 2005 by Mussarat and sufficient details to enable us to contact him in order to verify this.”

On May 16, 2020, Shehbaz issued two consent orders on the advice of his lawyers. His consent note read: “I, Mian Muhammad Shehbaz Sharif, give consent to Barclays Bank PLC and Barclays and UK PLC to provide the following material to the NCA in respect of a mortgage acquired by myself in May 2005 for £160,000 in purchase of 2, 30 Upper Berkeley Street and other matters.”

The NCA then went on to obtain production orders to access Shehbaz Sharif’s Barclays bank account during the course of the high-profile money-laundering investigation. The NCA was investigating Shehbaz Sharif to “prove or disprove” criminal conduct, money laundering, misuse of public office, cheating and lying but dropped the investigation after it failed to find any link of Sharifs’ assets with the criminal origin or misuse of public office.

When approached for comment by this correspondent, Aneel Mussarat said he had done everything legally when giving loans to Shehbaz Sharif and that all actions were taken under the ambit of the law.