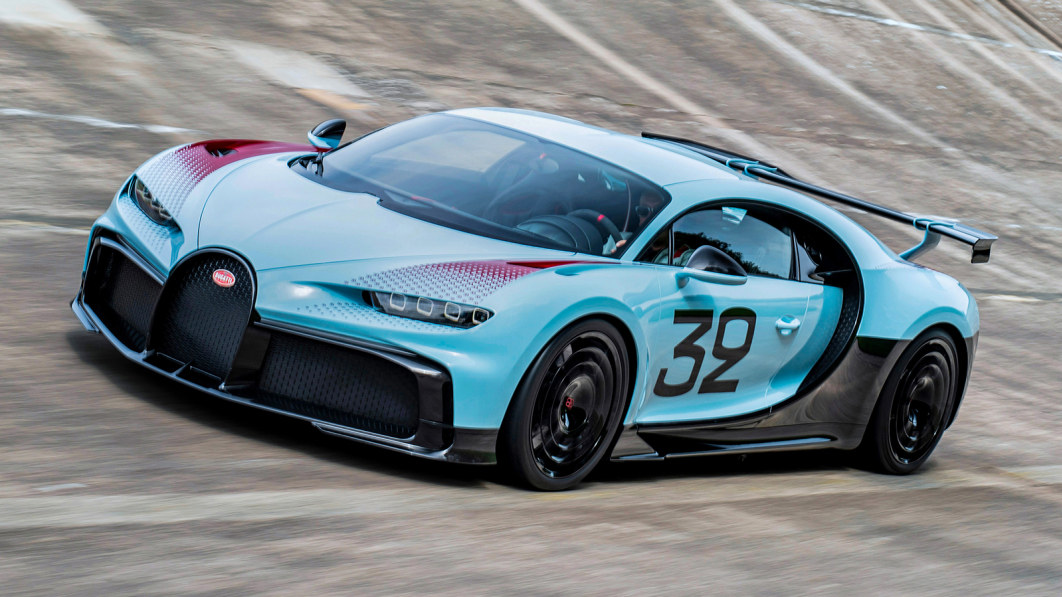 It’s strange, but there’s really no shortage of incredible supercars to pick from nowadays. Ferrari, Lamborghini, McLaren, Pagani, Koenigsegg, Bugatti, Aston Martin and Porsche, among others, are continuously rolling out ever faster, rarer and more unusual supercars. And as a result, buyers want more than just a choice of paint and interior colors to pick from. They want unique color schemes to stand out from the other supercar owners. Automakers such as McLaren have learned this with programs like MSO, and now Bugatti is launching a service called Sur Mesure, which translates to “tailored.” And its first customer car is the Bugatti Chiron Pur Sport GP Sur Mesure you see above.

According to Bugatti, the car is a tribute to racing driver Louis Chiron, who won the 1931 French Grand Prix driving a Bugatti Type 51. The custom Chiron Pur Sport features the same style “32” on the outside and embroidered on the seat backs as Chiron’s Type 51. That number is hand-painted on the doors, as are the “EB” logo patterns on the front and rear fenders. Based on photos of the paint process, it seems some intricate masking was used, requiring careful removal after painting. The exterior paint color is a new hue that was created to match that of 1930s Bugatti race cars.

Inside, the Chiron Pur Sport is mostly black and red Alcantara. The most unique aspects are the door panels that feature the same type of “EB” pattern as on the fenders, but this time with embroidery. The car also gets black anodized aluminum trim panels with silver logos.

No pricing was given for this one-off Bugatti, nor were any estimates for services given. This is likely because every project will be different depending on the customers’ ideas, so the amount of time and cost will vary. Seeing as customers will be guided through the process and receive truly custom cars at the end, ones based on cars that already have seven-figure price tags, the costs must be mighty high.