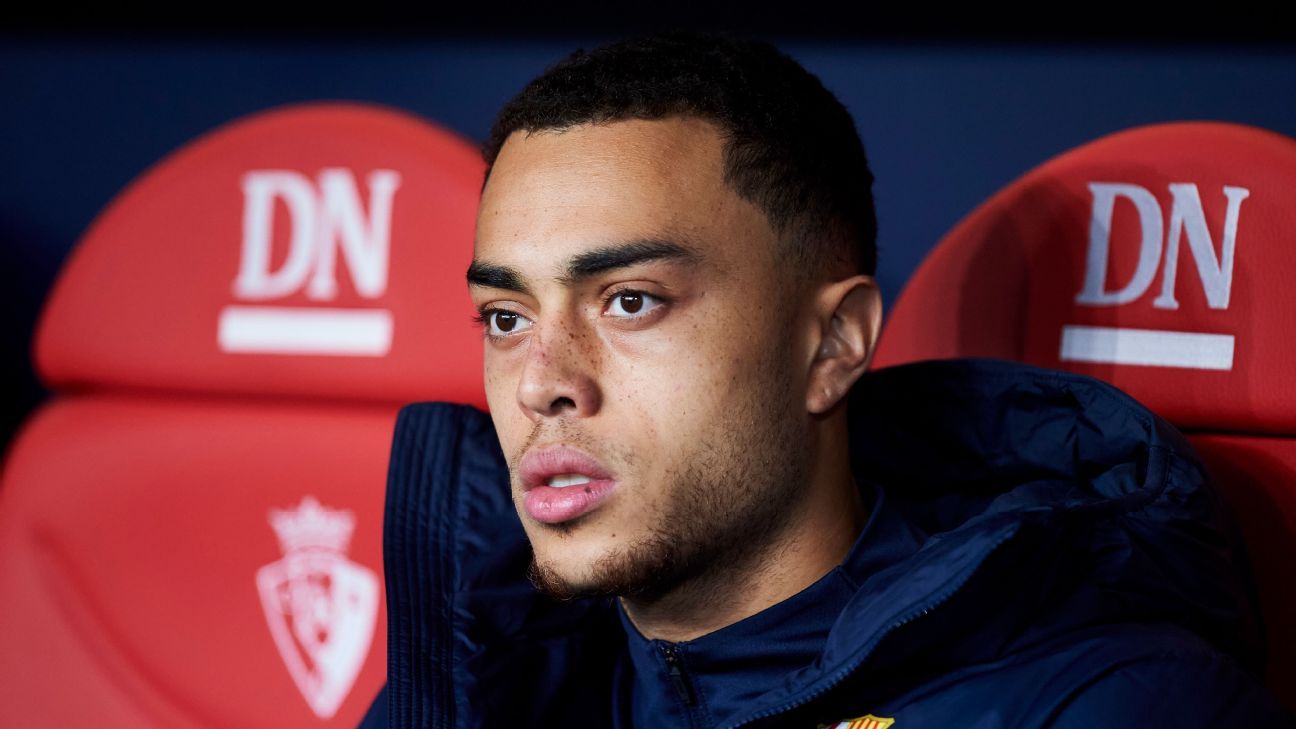 The United States international has been linked with a move away from Camp Nou in recent weeks, with the 21-year-old said to be free to leave and not part of future plans under new boss Xavi Hernandez.

Sources have told ESPN that Barcelona are willing to listen to offers in order to fund signings in other areas of the pitch, with veteran right-back Dani Alves back at the club and available to take Dest’s spot from January onwards.

Bayern Munich are one of the sides linked with Dest, with their current right-backs being Benjamin Pavard and Bouna Sarr. Pavard, 25, has struggled with an ankle injury this season and has only started half of the side’s Bundesliga games so far this season.

As for Arsenal, they have played Takehiro Tomiyasu at right-back all season but as more of a defensive full-back. Dest could join as a potential option to offer more attacking width on the right flank.

Dest joined Barcelona from Ajax in October 2020 for roughly £19 million, making 57 appearances for the club in that time.

The report claims that he is set to leave, due to his connection to former boss Ronald Koeman and his style, with Xavi looking to add his own players for his style to take root at the club. The potential signing of Ferran Torres from Manchester City could show his intent early on too.

– Anthony Martial held talks with interim boss Ralf Rangnick on Wednesday over a move away from Manchester United, says the Daily Mail. The report claims that the 26-year-old prefers a loan move to Sevilla in January, with the aim to play more games due to his struggle to earn minutes at Old Trafford.

– Real Sociedad have held talks with Paris Saint-Germain to sign midfielder Rafinha on loan in January, according to Fabrizio Romano. The loan will last until the end of the season, with details still to be sorted, but an agreement is said to be close between both clubs.

– Tottenham Hotspur are interested in Juventus centre-back Matthijs de Ligt, says journalist Ekrem Konur. The Netherlands international has been heavily linked with a move away from the Old Lady, with his agent recently speaking out on a potential transfer and saying he is ready to take the next step in his career.

– AC Milan are on the lookout for a new attacking midfielder, with Hakim Ziyech and Romain Faivre listed as their two targets. According to Calciomercato, the Rossoneri are interested in the duo, with Brest playmaker Faivre said to be their first choice and Chelsea‘s Ziyech is said to be another potential option.

– Internazionale are looking at potential successors to Alexis Sanchez, if the former Manchester United and Arsenal player leaves the club. Calciomercato reports that Simone Inzaghi is making plans for if the 33-year-old moves on in January, with Genoa forward Felipe Caicedo said to be a preferred option having played under the manager at Lazio.