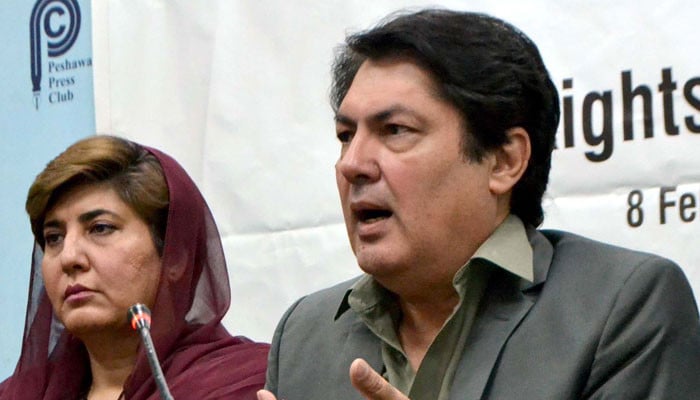 Taking to his Twitter, Saif said that the government had received 130 sightings from different areas of KP of the Shawwal moon.

“The Khyber Pakhtunkhwa government has decided to officially celebrate Eid-ul-Fitr on Monday, May 2. Eid-ul-Fitr will be celebrated with religious fervour across the province tomorrow,” said the special assistant.

Madni said that the zonal body had “examined the sightings” and considered them after through review.

On the other hand, following the decision of the Ruet-e-Hilal Committee, the rest of the country will celebrate Eid on Tuesday, May 3.

Religious Affairs Minister Abdul Shakoor said that the Ruet-e-Hilal Committee was an independent body and that the federal government cannot “dictate” it.

“We can only request the Central Ruet-e-Hilal Committee to not ignore the sightings,” Shakoor told journalists. He added that zonal committee had received the reports of moon sighting after the central body’s meeting had ended.

Earlier, the Central Ruet-e-Hilal Committee had announced that the moon for the month of Shawwal was not sighted in Pakistan today. Subsequently, the Sindh, Punjab, Balochistan and other areas would celebrate the first day of Eid ul Fitr on Tuesday, May 3.

The main meeting of the Ruet-e-Hilal Committee was held at the Ministry of Religious Affairs and Interfaith Harmony in Islamabad with Maulana Abdul Khabir Azad in the chair, while the zonal committees met in their respective areas to sight the Shawwal crescent.

The moon, however, could not be sighted anywhere in the country, the body’s chief had said.

“It was decided through consensus that Eid will be observed on May 3 across the country,” said Maulana Azad in a press conference after the moon was not sighted.