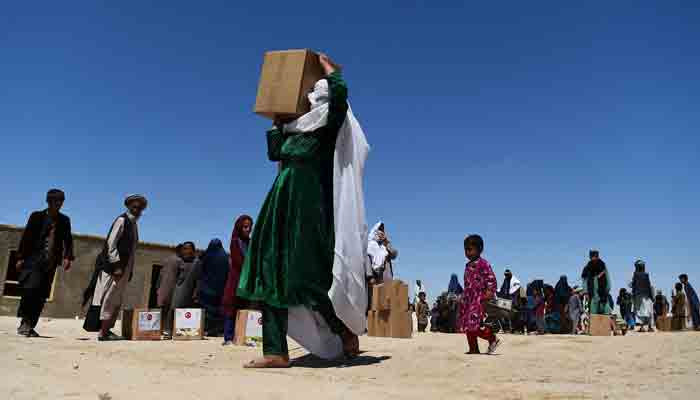 NEW YORK: The UN Security Council on Wednesday unanimously adopted a US-proposed resolution that facilitates humanitarian aid to Afghanistan, which is on the verge of economic collapse, while keeping funds out of Taliban hands.

The resolution states that “payment of funds, other financial assets or economic resources, and the provision of goods and services necessary to ensure the timely delivery of such assistance or to support such activities are permitted.”

Such assistance supports “basic human needs in Afghanistan” and is “not a violation” of sanctions imposed on entities linked to the Taliban, it adds. The international community has struggled over how to avert a humanitarian catastrophe amid an economic meltdown in Afghanistan since the Taliban swept back to power in mid-August, prompting the United States to freeze $9.5 billion in assets belonging to the Afghan central bank.

An earlier US resolution had sought to authorise case-by-case exemptions to sanctions, but that was blocked by veto-wielding permanent Security Council members China and Russia. “Humanitarian aid and life-saving assistance must be able to reach the Afghan people without any hindrance,” China’s UN Ambassador, Zhang Jun, said in a tweet Monday.

The decision to limit the scope of the resolution to one year, which was not part of the first draft, aims to satisfy Washington’s European allies, who, like India, had criticised the absence of any deadline and called for strict control over the destination of aid.