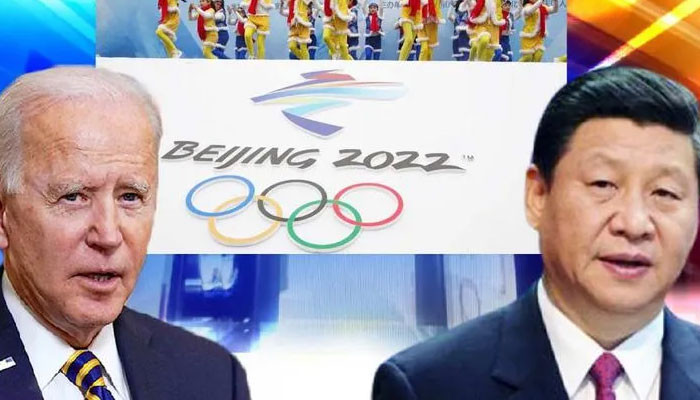 WASHINGTON: The United States Monday announced a diplomatic boycott of the 2022 Beijing Winter Olympics, a calibrated rebuke of China’s human rights record that stops short of preventing US athletes from competing.

The decision comes after Washington spent months wrangling with what position to take on the Games, hosted in February next year by a country it accuses of perpetrating “genocide” against Uyghur Muslims in the northwestern Xinjiang region. There was no immediate reaction from Beijing, but the Chinese foreign ministry had earlier threatened “resolute countermeasures” to any such boycott.

The decision was broadly welcomed by rights groups and politicians in the US, where President Joe Biden has been under pressure to speak out against Chinese rights abuses. White House Press Secretary Jen Psaki said the administration would send no diplomatic or official representation to the Games given China´s “ongoing genocide and crimes against humanity in Xinjiang and other human rights abuses.”

Sending official representation would signal that the Games were “business as usual,” Psaki said. “And we simply can´t do that.”“The athletes on Team USA have our full support. We will be behind them 100 percent as we cheer them on from home,” she added.

The International Olympic Committee said the sending or not of officials was a “purely political decision for each government, which the IOC in its political neutrality fully respects.” The announcement “also makes it clear that the Olympic Games and the participation of the athletes are beyond politics and we welcome this,” an IOC spokesperson said.