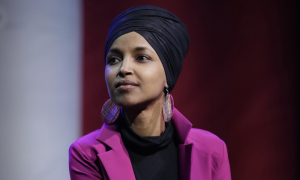 The resolution, co-sponsored by lawmakers Rashida Talib and Juan Vargas, was submitted during the 117th session of Congress on Tuesday. It condemned the violations of human rights and religious freedom in India and underscored that the United States Commission on International Religious Freedom (USCIRF) has called for India to be designated as a country of particular concern for three years in a row.

Citing the USCIRF’s 2022 annual report, the resolution stated that in 2021, “the Indian government escalated its promotion and enforcement of policies — including those promoting a Hindu-nationalist agenda — that negatively affect Muslims, Christians, Sikhs, Dalits, and other religious minorities”.

“The government continued to systemize its ideological vision of a Hindu state at both the national and state levels through the use of both existing and new laws and structural changes hostile to the country’s religious minorities,” the report further mentioned.

Moreover, the resolution said, the report described the use of laws such as the Unlawful Activities Prevention Act and the Sedition Law in India as a means “to create an increasing climate of intimidation and fear to silence anyone speaking out against the government”.
The report also outlined cases of the Indian government’s repression of religious minority leaders and voices for religious pluralism in India. The lawmaker’s resolution noted USCIRF’s criticism of the Citizenship Amendment Act (CAA) and the National Registry of Citizens for Indian Muslims, deeming them a “severe risk” for Indian Muslims, “including the possibility of rendering millions stateless or subject to indefinite detention.”

The resolution mentioned that Secretary of State Antony Blinken and Ambassador-at-Large for International Religious Freedom Rashad Hussain had earlier expressed concern over the rising tide of violence against religious communities.
On these grounds, the resolution concluded, the House condemned human rights violations and violations of international religious freedom in India, including those targeting Muslims, Christians, Sikhs, Dalits, Adivasis, and other religious and cultural minorities.
Moreover, it said that the House also expressed grave concern about the “worsening treatment” of religious minorities in India and called on Blinken to designate India as a “country of particular concern” under the International Religious Freedom Act of, 1998.
The resolution has been referred to the Committee on Foreign Affairs.