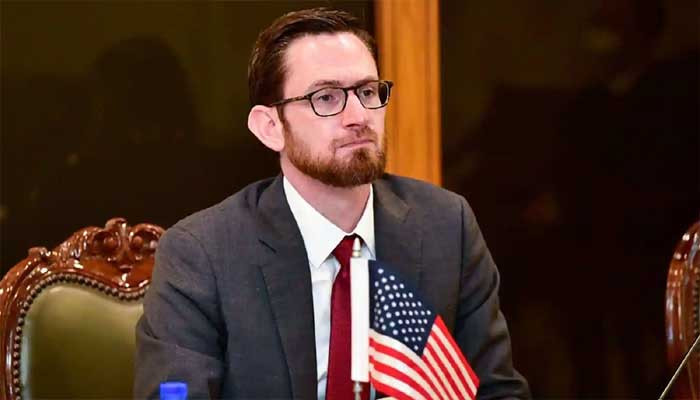 ISLAMABAD: US Special Representative for Afghanistan, Thomas West, said on Monday the United States “warmly” welcomed the role and contributions of the Organization of Islamic Corporation in Afghanistan.

West’s comments came after the conclusion of the 17th Extraordinary Session of the OIC’s Council of Foreign Ministers, called by Saudi Arabia, and hosted at the Parliament House in Islamabad. The purpose of the summit was to rally Muslim and other countries and international institutions to come in aid of Afghanistan.

Participating nations decided to establish a humanitarian trust fund to channel humanitarian assistance to Afghanistan, including in partnership with other international actors, and to appoint a special envoy on Afghanistan to the OIC Secretary General.

“A productive OIC session today with important outcomes — not least the creation of a humanitarian trust fund and the naming of an OIC Special Envoy,” West said. “The US warmly welcomes the OIC’s role and contributions.”

A draft resolution shared with media after the summit said the humanitarian trust fund would be set up under the aegis of the Islamic Development Bank. The resolution called on the Bank to operationalize the trust fund by the first quarter of 2022 and called on OIC member states, Islamic financial institutions, donors and other international partners to announce pledges to the fund as well as provide humanitarian assistance to Afghanistan.

Other than foreign ministers from Islamic countries, delegations from the European Union and the P5+1 group of the UN Security Council, including the United States, Britain, France, Russia, China and Germany, were also in attendance.

The United Nations is warning that nearly 23 million people — about 55 percent of the population of Afghanistan — face extreme levels of hunger, with nearly 9 million at risk of famine as winter takes hold in the impoverished, landlocked country.