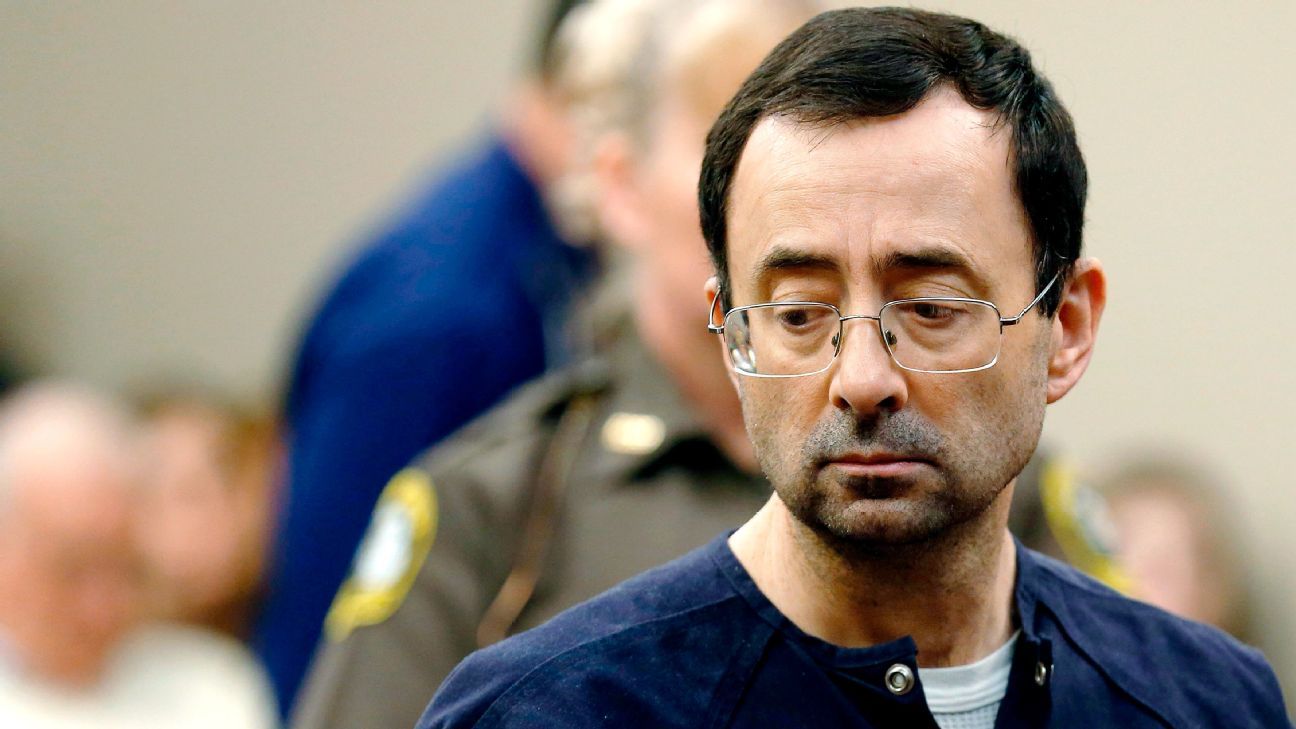 USA Gymnastics and the U.S. Olympic & Paralympic Committee have agreed to pay $380 million and meet several other non-monetary provisions to settle lawsuits filed by the survivors of former Olympic team doctor Larry Nassar.

The settlement agreement came after the latest round of mediation in Indianapolis and closes a major chapter in a legal battle that started more than five years ago when former Olympian Jamie Dantzscher filed the first civil lawsuit against the convicted serial sexual predator. More than 500 others eventually filed similar claims against Nassar’s former employers.

Coupled with the $500 million settlement from Michigan State University in May 2018, the total $880 million in settlements is the largest involving a single perpetrator in a sexual assault case, according to plaintiff’s attorney John Manly.

“This settlement is the result of the bravery of hundreds of survivors who, despite legal obstacles, long odds and the best corporate legal talent money can buy, refused to be silent. The power of their story eventually won the day,” Manly said.

While settlement talks had been ongoing for years, a formal agreement was reached Monday, according to a number of people, including Manly who represents more than 180 Nassar survivors. He refused to discuss details of the mediation talks, beyond the timing but said, “I’ve done thousands of cases in my life. This is the one I’m most proud of.”

Nassar worked as a volunteer with USA Gymnastics for more than two decades, including serving as the national team’s medical coordinator starting in 1996. He pleaded guilty in 2017 to possession of child pornography and, in early 2018, pleaded guilty to sexually assaulting his former patients. He was sentenced to more than 100 years in prison for his crimes. Multiple investigations found that officials from USA Gymnastics, the USOPC and Michigan State University failed to stop Nassar’s abuse despite years of complaints and warning signs.

“This settlement occurred because of a five-year, bare knuckled legal fight the USOPC and USA Gymnastics decided to initiate against me and 500 plus sister survivors. After thousands of hours of this survivors’ committee’s time, blood, sweat and tears, today we prevailed,” Klein, who served as a co-chair of the survivors committee, told ESPN Monday.

Denhollander, the first woman to publicly accuse Nassar of sexual assault in late 2016, commented on the historic settlement on Twitter.

“This chapter is finally closed. Now the hard work of reform and rebuilding can begin. Whether or not justice comes, and change is made, depends on what happens next,” Denhollander tweeted.

Monday’s settlement includes litigation against former USA Gymnastics CEO Steve Penny and former national team coaches Bela and Marta Karolyi, who for decades led Team USA gymnasts to gold at multiple Olympic games. Penny, who led USA Gymnastics from 2005 through 2017, was charged with evidence tampering as part of the Nassar investigation. He pleaded not guilty, and his case is pending.

As part of the settlement, USA Gymnastics agreed to set up a restorative justice program that will give survivors significant influence over how the organization addresses sexual assault issues in the future.

“The restorative justice process that’s part of this plan, you can’t buy that,” said attorney Mick Grewal, who represents dozens of women in the case. “It will be the gold standard for every institution that has a sexual assault problem.”

Grewal said the two parties initially proposed a $400 million settlement in October, but USA Gymnastics had not secured funding for that full amount. He said part of the compromise that led to Monday’s settlement was making sure that the non-monetary provisions helped bring about future change in the sport.

“I am proud of the non-monetary reform commitments in particular – this represents so much hard work from members of the committee, and I am eager to see these changes through,” Denhollander said on Twitter.

Grewal and Manly said their clients plan to continue to fight to hold others accountable for failing to stop Nassar’s abuse sooner. The Department of Justice said, this October, that it would be reviewing the possibility of bringing charges against former FBI agents who received complaints about Nassar in 2015. A report from the justice department’s inspector general, published this summer, found that the agents made several egregious mistakes in how they handled the case, allowing Nassar to continue abusing patients for more than a year before he was arrested by university police at Michigan State.

“Yet again, we have done our jobs. However, Attorney General Garland has not done his job. Not one of the officials at USOPC or the FBI, who allowed Nassar to molest us as children, has been criminally charged. I will not rest until that happens,” Klein said Monday.