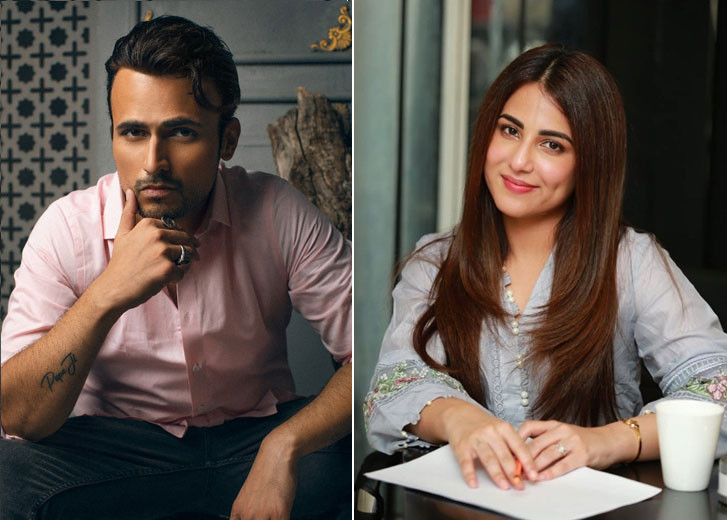 Actors Usman Mukhtar and Ushna Shah are pairing up for an upcoming crime thriller, stated a press release. The duo will soon be seen playing the lead roles, with the Hum Kahan Ke Sachay Thay star essaying a police officer. The yet-to-be-titled film will be helmed by Zaheeruddin. Under the banner of Dareechay Films, the director is heading his first feature film which is set to start shooting in Lahore this month.

Speaking about the film, Mukhtar shared, “I am so happy to be a part of this project and it’s something we have discussing for some years with Zaheer (Bhai).” He added, “Really hope the audience will enjoy what we have been working on.” Details of the film are kept under wraps for now.

This will be Mukhtar’s fourth feature film after Janaan, Parchi and the unreleased Umro Ayar opposite Sanam Saeed.

Umro Ayyar, reportedly Pakistan’s first Urdu comic book has now been turned into a film. The movie, slated to release in 2022, unveiled its first teaser. The 49-second-clip revealed the title of the project with intense music.

“Of a magical land and evil jinns, of ancient lore and fights within, of modern visions and tales of glory! Tayyar Ho [are you ready] for this epic story?” the official Twitter handle of the film shared. Previously, Mukhtar had shared, “Legend became a myth, myth became a story and after hundreds of years, the legend awakens again.” The film is directed by Azfar Jafri.