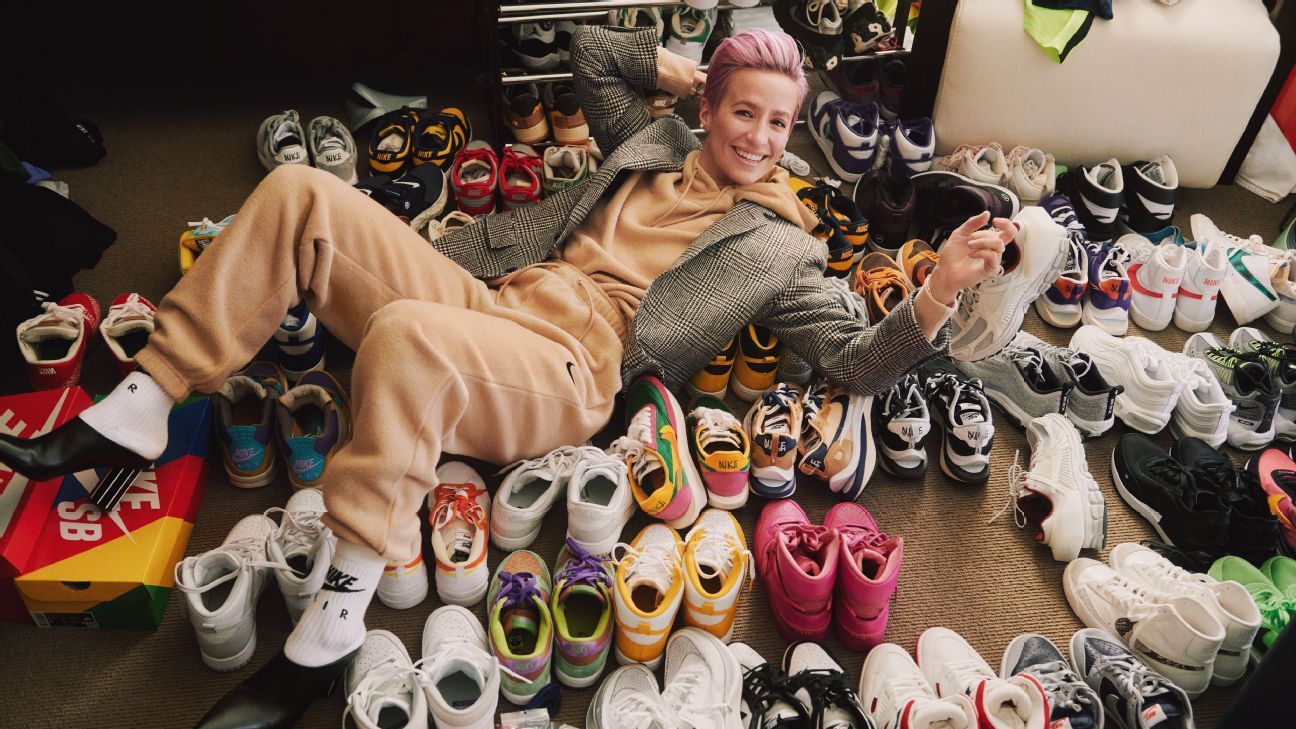 United States star Megan Rapinoe has unveiled a new signature line of clothing and products as part of a first-of-its-kind collaboration with Nike, which bears her own unique stamp.

The OL Reign forward has redefined the terms of her partnership with the sportswear brand to create a groundbreaking “Nike x Megan” collection that will also feature a personalised logo. According to Rapinoe, the partnership isn’t just about marketing: It’s “about pushing for progress in many different areas.”

“I’ve had free reign to explore different parts of Nike, and I keep finding ways we can open doors for more people,” Rapinoe said in a news release.

Rapinoe teased the project earlier this week, revealing on social media that she had been “working on something” with her team. The result is a unique partnership that will see Rapinoe given a platform to both curate lifestyle collections with Nike and use her voice and influence to promote progress in women’s sport and beyond.

Been working on something 👀🕺✨ …stay tuned🙏 pic.twitter.com/jaw2qQFDOb

The “Nike x Megan” logo is officially titled “Victory Redefined” and is inspired by Rapinoe’s commitment to creating a legacy through sport and redefining what victory means for everyone.

The logo is a letter “V” (for victory) in rainbow colours and made up of smaller pods, each of which are supposed to represent different communities from all walks of life coming together with a shared goal to help push things forward in unison.

The result is a range intended to cover all of a professional footballer’s sartorial requirements: travel fleeces, rain-resistant caps, training wear and reflective geometric print ponchos.

Rapinoe said: “When I spoke with Nike about the next chapter in our relationship, what excited us most was building something new. This is not about me and Nike, it’s about what Nike and I can do together…to redefine what victory means for all communities and all people.”

Rapinoe’s debut collection is out now, with a second product release in 2022.

The Nike partnership is the latest in a long line of sponsors that have lined up to work with Rapinoe over the years, including Budweiser, Hulu, Victoria’s Secret and others.

A mainstay on the U.S. women’s national team since 2009, Rapinoe enjoyed a breakout year in 2019 when she led the USWNT to winning its fourth World Cup in France and won the Ballon d’Or and FIFA’s player of the year award.

Rapinoe, 36, has been with Seattle’s NWSL club since the league started in 2013, but she could be on the move soon — she is one of several USWNT stars who have been left unprotected by their teams and are available to be taken in this week’s National Women’s Soccer League expansion draft.