For the most part, our time with our 2021 Hyundai Palisade has been going swimmingly. And I finally got my turn in the three-row SUV a few months ago. I had a few trouble-free weeks, until one fateful week when I parked it at the airport while on a press trip. When I returned, I discovered the ominous orange check engine light on the digital instrument cluster. Thinking it could just be a fluke, I shut off the car and restarted it a couple times, but the light stuck around. Thankfully, the Palisade still seemed to be running fine, so I sent a note to our ever-diligent Road Test Editor Zac Palmer, and drove it home. Thus began a multi-month headache.

Once the workweek restarted, Zac put in a call to the local Hyundai dealer to arrange a diagnostic appointment. The soonest they were able to get us in was November 1. We called on October 1.

So for a full month, we had a vehicle with a mysterious check engine light. It seemed to run fine, but out of an abundance of caution, I left the SUV parked in my driveway the whole time. That worked fine for me, as I have a couple of personal cars, plus press cars coming and going. But for someone depending on this as their only or primary vehicle, parking the Palisade for a month is a big problem. 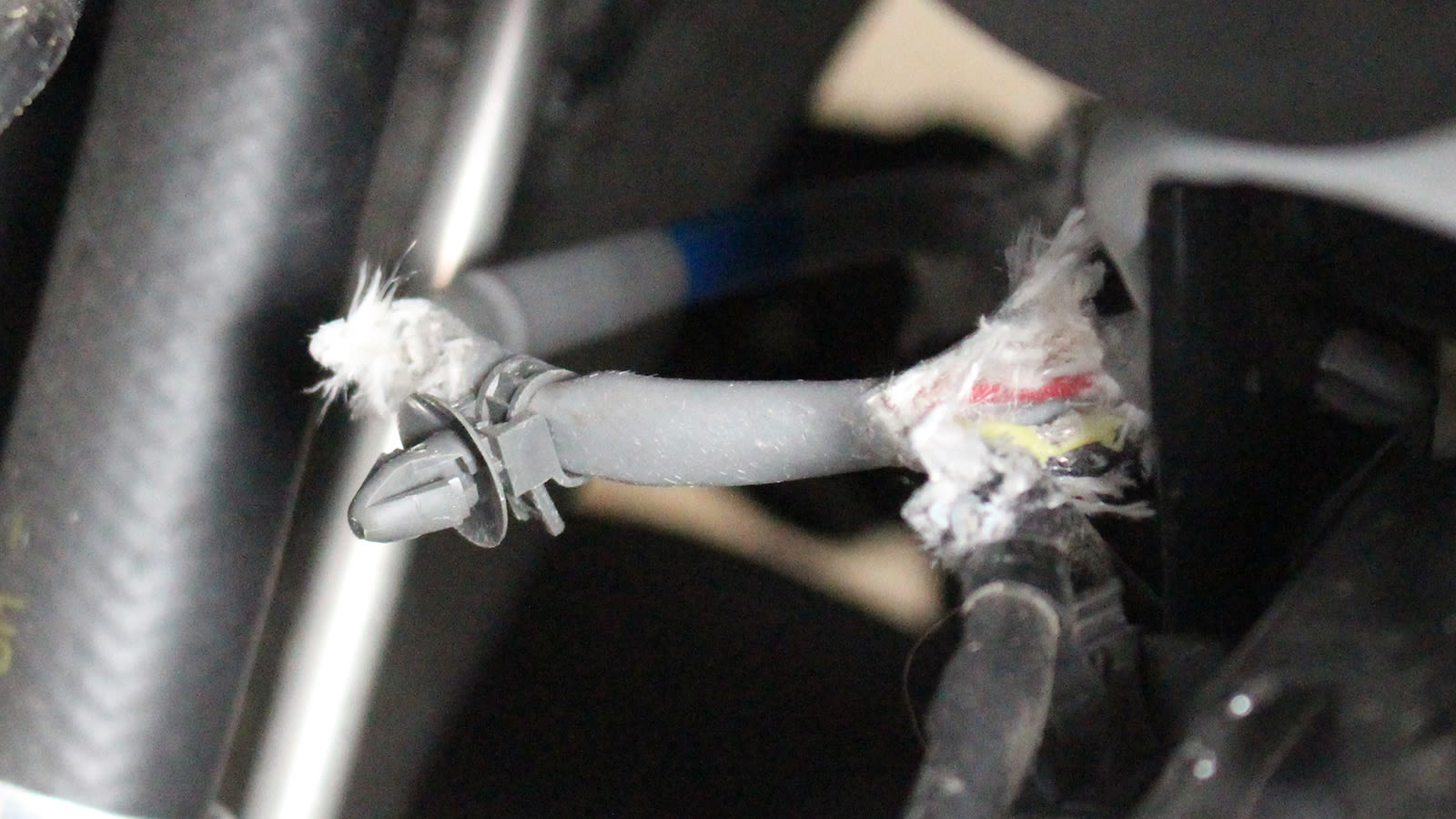 A month later, I drove it to the dealer to finally get it diagnosed, and it was still running fine. I dropped off the keys and headed into the lobby to do my work while the dealer techs did theirs. An hour or two later, one of the technicians came out to say that the car was ready, but not fixed. Apparently, something got under the hood and gnawed the wires to the O2 sensors. Indeed, something had had a very good time working through the wires, leaving three frayed spots perfect for triggering the warning light. We have no idea what caused the damage, or when it happened. Odds are, one of the seemingly thousands of squirrels in my neighborhood sneaked into the engine bay and started chewing away. On the drive to the airport, the wire jostled enough to properly break the connection and trigger the light.

It would not be a prompt or painless repair. The dealer had to special-order the new O2 sensor and wire combos. For those, plus labor, the repair estimate was over $1,000. I wondered if those darn squirrels realized what a fancy dinner they’d had.

I drove the Palisade home and conferred with Zac. He then set about figuring out if we could have the repair covered by insurance or warranty. Negative on both. Adding insult to injury, It was another full month before the parts arrived and we could bring the SUV back for repairs, doubling the time that the vehicle was parked, and would’ve been doubly frustrating to an owner.

There are a few things you can do to help prevent a similar situation with your own car. According to Consumer Reports, some of the best options are to either keep your vehicle in a fully closed garage, or if it is outside, make sure you’re moving it on a relatively regular basis. With a few other vehicles, I wasn’t driving the Palisade frequently and had it parked in the driveway, which probably gave a furry fiend the opportunity to hang out under the hood. Additionally, there are sprays and such that taste bad to animals, many of which are available at pet stores and are used to discourage pets from chewing on furniture.

In addition, you can:

Now the Palisade is back in our hands and we’re looking forward to spending some (hopefully) trouble-free months with it. Assuming Mother Nature doesn’t send her minions after it again.