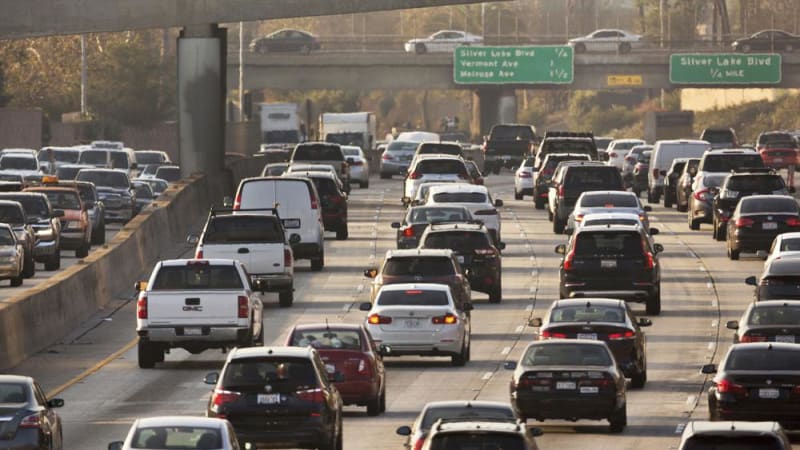 Researchers say that thousands of lives and hundreds of billions of dollars have been saved in the United States by recent reductions in emissions from vehicles.

Harvard University researchers who study the environment and public health examined the impact of declines in emissions from vehicles over a decade. They found deaths dropped from 27,700 in 2008 to 19,800 in 2017 and that the economic benefits of the reduction in emissions totaled $270 billion.

In a study published Wednesday in the Proceedings of the National Academy of Sciences, the researchers also concluded that if vehicles continued to emit air pollution at 2008 levels throughout the time period, the death total in 2017 would have been 2.4 times higher.

Light-duty vehicles such as cars, pickup trucks and SUVs made up a major portion of the health burden reduced by tougher regulations on fossil fuel companies and vehicle manufacturers, according to the study.

But the researchers found that these benefits were limited by an increasing and aging population and by drivers buying larger cars and driving more.

“Despite substantial progress in reducing emissions, you have this counteracting effect of population and larger vehicles,” said Ernani Choma, an environmental health researcher at Harvard and lead author of the study. “So it will be hard to achieve substantial progress, if we don’t enact more stringent policies.”

While there has been previous research on the health benefits and economic impacts of emissions reductions, this study paints a more precise picture of how emissions affect public health, according to experts not affiliated with the research team.

“Good environmental policy has drastically reduced transportation emissions over the past decade,” said Sumil Thakrar, an air quality researcher at the University of Minnesota. “But getting a good understanding of the benefits of those emissions controls is hard because it requires keeping track of a lot of other moving parts. And I think the authors do a remarkable job.”

The study also looked at the climate benefits that resulted from curbing air pollution from vehicles, but found that those benefits only made up 3% to 19% of the overall economic gains.

That’s because most approaches for reducing transportation emissions in the U.S. have been aimed at curbing air pollution, not climate change, said Susan Anenberg, associate professor of environmental and occupational health and global health at George Washington University.

“Catalytic converters, diesel particulate filters, those are taking pollutants out of the (environment), but those aren’t doing anything for (carbon dioxide),” she said.

That’s one reason Choma and his colleagues recommend tougher policies to curb emissions. Another reason, he said, is that if the upward trend in population and vehicle size and use continue, the same policies that created the health benefits highlighted in the study won’t be as effective in the future.

“If we look ahead to 2030 and nothing has changed, you’re only going to see a modest drop” in deaths from vehicle emissions, he said. “So that’s the case for more stringent policies.”