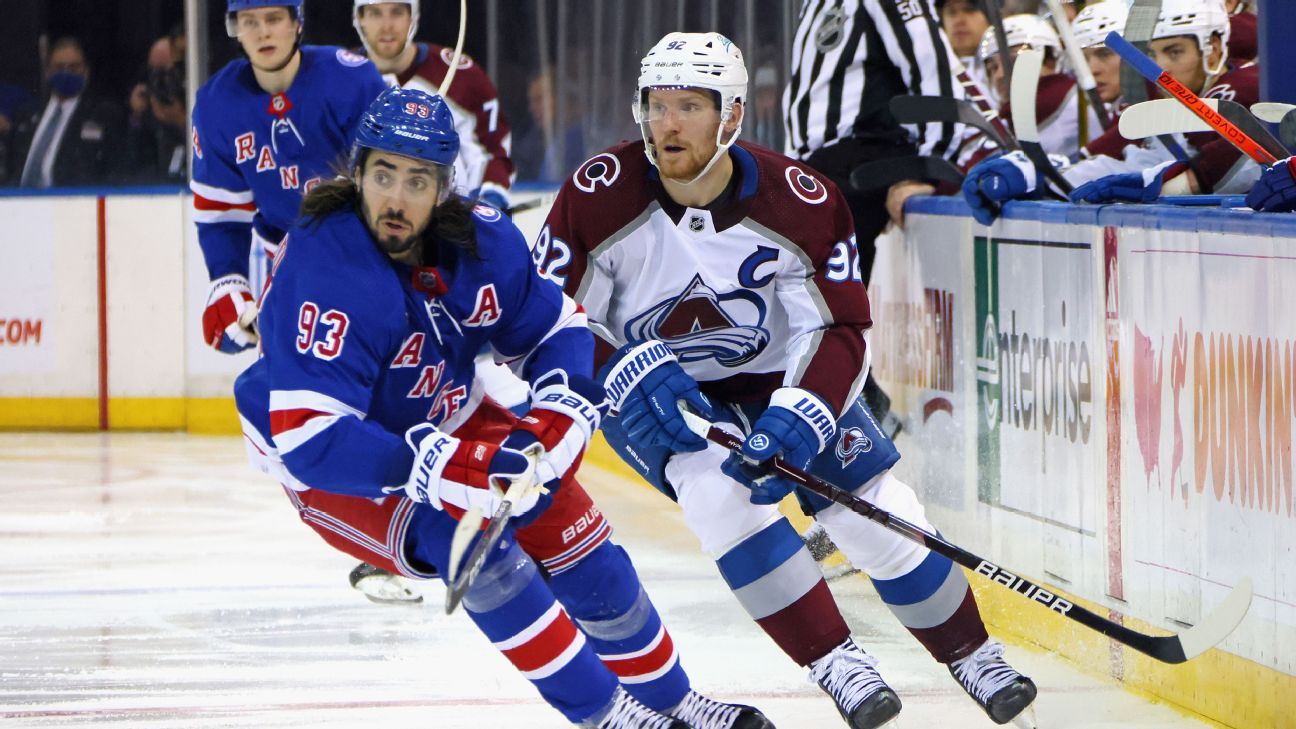 The ESPN+ exclusive schedule continues on Tuesday night with a potential Stanley Cup Final matchup, as the New York Rangers visit the Colorado Avalanche, with coverage starting at 8:55 p.m. ET.

To help get you ready for the game, we’ve put together a guide on all the key players to watch for each team, including in-depth statistical insights from ESPN Stats & Information, and more.