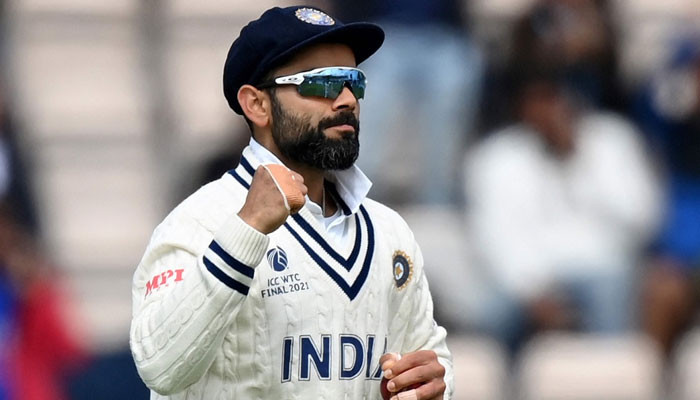 CENTURION: In a bid to rebound after being sacked as India’s ODI captain, Virat Kohli look to make history by winning the first-ever Test series against South Africa at their home.

South Africa is the only regular Test-playing nation where India have yet to win a series.

A three-match Test series between India and South Africa is scheduled to start at SuperSport Park in Centurion on Sunday.

“We have worked really hard to win series away from India,” said vice-captain KL Rahul at India’s pre-match press conference on Friday.

“India are number one in the world for a reason but the fact that we are playing in our own back yard gives as an advantage.”

Despite losing to New Zealand in last year’s world Test championship final, India are the top-ranked Test team, five places ahead of South Africa, who have lost several key players to retirement in recent years.

Kohli leads an experienced side.

Crucially, it has the fast-bowling fire power to match South Africa’s in conditions which usually favour pace.

No fewer than ten of India’s 18-man squad have toured South Africa before.

Ajinkya Rahane and Mohammed Shami are on their third tour, while Rahul and Jasprit Bumrah were part of the closely-contested 2017/18 series which South Africa won 2-1.

“We know what to expect and we’ve had great preparation,” said Rahul.

“The pace and bounce is very different to other countries and it was very important that we came here early and had preparation in the middle.”

Rahul indicated India were likely to maintain their recent strategy of picking five bowlers, which he acknowledged would lead to a “very difficult discussion” about settling on five specialist batsmen.

India have the luxury of chosing between capable players in both batting and bowling, while South Africa’s options seem limited, especially since fast bowler Anrich Nortje withdrew from the series because of a hip injury.

South Africa will, of necessity, field a batting line-up short of proven quality, with two players in their top six yet to score a Test century, while India may be unable to find a place for Shreyas Iyer, who scored 105 and 65 on debut against New Zealand last month.

Elgar confirmed star wicketkeeper-batsman Quinton de Kock was only available for the first Test and will then take paternity leave, which will leave the home team’s batting even more vulnerable.

South Africa’s fast bowling remains their strength but the loss of Nortje is a major blow.

Much will depend on former world number one Kagiso Rabada, whose form in the past two years has been moderate.

The hosts will also hope the injury-plagued Lungi Ngidi can recapture the form which enabled him to take 6-39 on debut against India at the same venue in 2017/18.

In South Africa’s favour, Centurion has been a fortress for the home side, with 21 wins and only two defeats in 26 Tests at the venue.