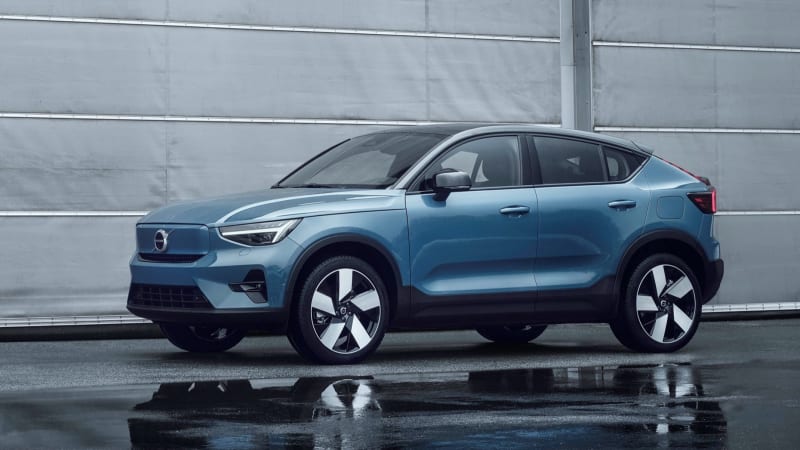 Volvo is nearly ready to unveil the next generation of the XC90, its flagship model, but it’s not forgetting about the other end of its range. It’s reportedly planning to launch an entry-level model that will take the form of a pocket-sized crossover powered by an electric drivetrain.

Without citing sources, British magazine Autocar reported that the model will ride on a modular platform developed by Volvo parent company Geely and called SEA internally. This architecture already underpins the 001 sold by Zeekr, which is another brand in the Geely empire. No technical specifications are available at this point, but the report sketches the outline of a high-riding model with a sleek-looking silhouette.

This isn’t the first time we’ve heard about Volvo’s city-friendly SUV; earlier rumors claimed it would be called XC20 or C20, names that would have clearly signaled the model’s positioning as being below the 40-badged cars. Volvo is moving away from this naming system, however, and the cars it will launch in the coming years will receive actual names. With that said, both the XC20 and the C20 names are off the table.

Polestar’s take on the concept of an electric entry-level crossover will be positioned between the 2 and the 3, though it will somewhat confusingly be called 4. It sounds like the model will be bigger and more expensive than Volvo’s, and Autocar learned that it could be closely related to the C40 Recharge (pictured) underneath the sheetmetal. If that’s accurate, it will share its CMA architecture with the 2, among other models, and it will be offered with either a single electric motor that zaps the front wheels or dual-motor all-wheel-drive.

Both EVs will have at least one thing in common: a mission to boost sales. For Volvo, launching a battery-powered car pegged near the bottom of its range will increase the percentage of EVs in its global sales mix. It’s planning to cross the 50% mark by 2025. For Polestar, entering cheaper segments will allow it to boost its annual sales by reaching less affluent buyers, though it will remain a premium brand.

Polestar 4 is tentatively due out in 2023. There’s no word on when Volvo will release its smallest EV to date.