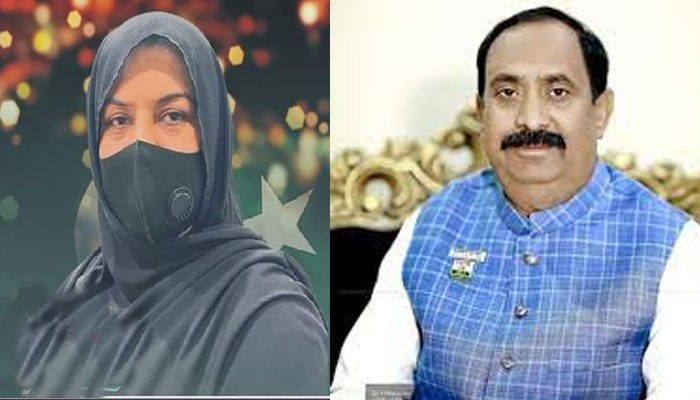 The counting of votes in the Khanewal district of Punjab began after polling time for the by-election of the PP-206 constituency came to an end at 5 pm on Thursday.

According to unofficial results from 73 polling stations out of the total of 183 stations, PML-N leader Rana Muhammad Saleem secured 16,787 votes while his competitor, PTI’s Noreen Nishat Daha, amassed 11,819 votes.

Polling began at 8am on Thursday for the seat vacated due to the death of PML-N leader Nishat Ahmed Daha, however, his wife Noreen was contesting on PTI’s ticket.

PPP’s Mir Wasiq, PML-N’s Rana Saleem, and candidates of other parties are contesting the by-election.

PTI candidate Noreen Nishat violated the code of conduct as the candidate cast her vote and showed the stamped ballot paper to the media.

Taking notice of the incident, the Election Commission of Pakistan (ECP) has declared Noreen’s vote invalid.

According to the code of conduct set by the ECP, no voter can show their ballot paper to anyone.