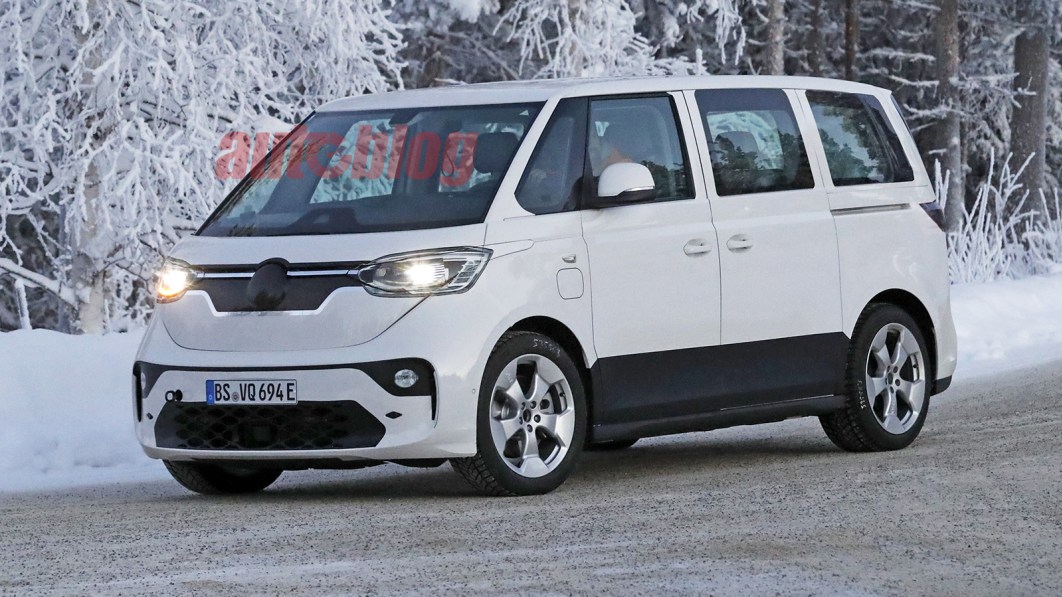 Volkswagen is nearly ready to unveil the long-awaited production version of the ID.Buzz concept. The heritage-laced van will be offered in people- and cargo-carrying configurations, and the Wolfsburg-based company also announced what sounds a lot like a camper variant.

“Another vehicle derivative, the ID.California, has likewise been approved for the [Hanover] site,” Volkswagen revealed. Located not far from Wolfsburg, Hanover has historically been the home of Volkswagen’s commercial vehicles but the plant will also build the Audi Artemis (a name that won’t be retained for production) and the body of an unannounced Bentley model, according to a slide obtained by Jalopnik.

While the statement stops short of detailing the ID.California, nearly all signs point to it landing as a factory-built camper that’s based on the electric ID.Buzz. Across the pond, Volkswagen already uses the nameplate on the camper version of the Transporter; think of it as the descendant of the Westfalia-branded vans that roamed American roads for decades. Making the Buzz worthy of the California emblem would require adding equipment like a pop-up top that two adults can sleep in, a small kitchen, a fold-out table, and swiveling front seats.

More details about the ID.California will presumably emerge in the coming months. There’s no word yet on when the model will be unveiled, though the standard van is scheduled to make its debut at some point in 2022, and it’s too early to tell whether the California will be sold in the state that it’s named after — or in any of the 49 other states that make up our country. An earlier report claims that we’ll only get one of the three variants initially planned; the “ride-pooling” version and the cargo van will be built for buyers on the European market only.

Keep in mind that Volkswagen’s California camper has never officially been sold in the United States. However, that’s at least partially due to the fact that the van it’s based on isn’t available here, so the firm would need to go through the full homologation process in order to cater to what can be best described as a niche market. What’s different in this case is that at least one version of the Buzz will be available here, so the difficult legwork of getting a car certified for America will already be complete, and this could improve the case for a U.S.-spec California.